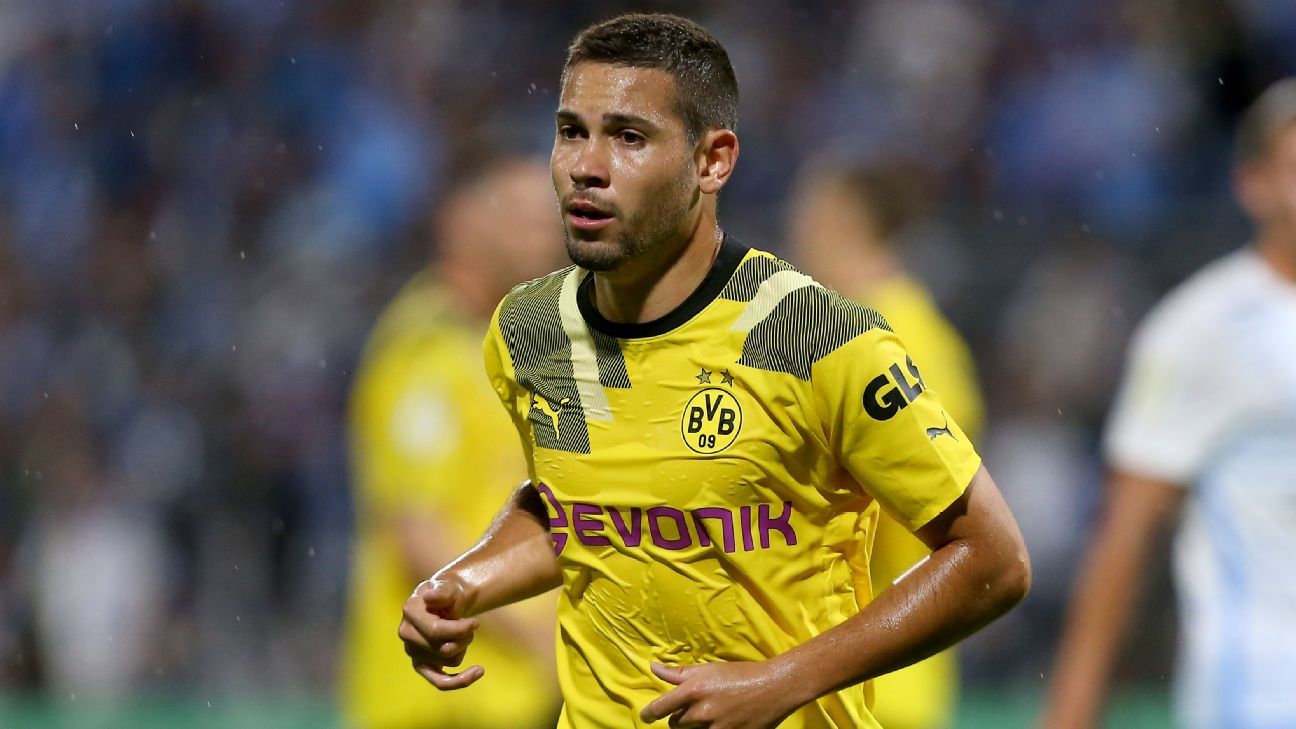 Manchester City are set to switch focus in their search for a left-back after failing to agree a fee with Brighton and Hove Albion for Marc Cucurella.

The Athletic reports that Borussia Dortmund star Raphael Guerreiro, a target that they have previously been linked with due to his ability to contribute high up the pitch, has been escalated up Man City’s shortlist. The 28-year-old contributed to eight goals in 23 starts across the Bundesliga and Champions League for BVB last season, and he has also impressed while representing Portugal at international level.

Having moved on Oleksandr Zinchenko to Arsenal, City are expected to ramp up their transfer efforts next week, with hopes of landing a replacement left-back before their Premier League campaign begins on Aug. 7.

– Several clubs in Serie A are considering making a move for Miralem Pjanic, writes Sport. Juventus, Napoli, and Lazio are all reported to be interested in the 32-year-old midfielder, but while Barcelona are keen to let him go, it is understood that Pjanic’s preference is to remain at the Camp Nou this season. The former Bianconeri star spent last season on loan at Besiktas, but is still contracted with Barca until next summer.

– Aston Villa are facing a race for the signature of Alfons Sampsted, reveals Ekrem Konur. The 24-year-old Bodo/Glimt right-back is reported to be on the radar of clubs across Europe, with Bayer Leverkusen, Lyon, and Lazio all keen on securing his services. The Iceland international has been in strong form this season, and scored in his club’s recent Champions League qualifying win over Linfield.

– Brendan Rodgers has no plans to move on Wesley Fofana this summer, according to BBC Leicester journalist Owynn Palmer-Atkin. The Leicester City boss is understood to see the 21-year-old centre-back as a key part of the Foxes squad next season, and will look to keep him at the King Power Stadium despite reported interest from Chelsea.

– Chelsea are exploring the option of making a move for Internazionale defender Milan Skriniar, understands Sport Italia journalist Rudy Galetti. The Blues are continuing their search for a centre-back after they missed out on Jules Kounde, but they could have to challenge Paris Saint-Germain for the 27-year-old Slovakia international, with the Ligue 1 champions also keen on his services. The Nerazzurri are looking for a fee in excess of £60m to part ways with the defender.

– Manchester United are considering a move for Stuttgart striker Sasa Kalajdzic, reports the Daily Mail. With the Red Devils facing difficulty with trying to persuade Cristiano Ronaldo to remain at Old Trafford after he left early during the club’s preseason friendly against Rayo Vallecano, the search for a striker is expected to intensify next week. Kalajdzic, 25, contributed to 21 goals in 33 appearances in the Bundesliga last season, and has also been on the radar of Bayern Munich.