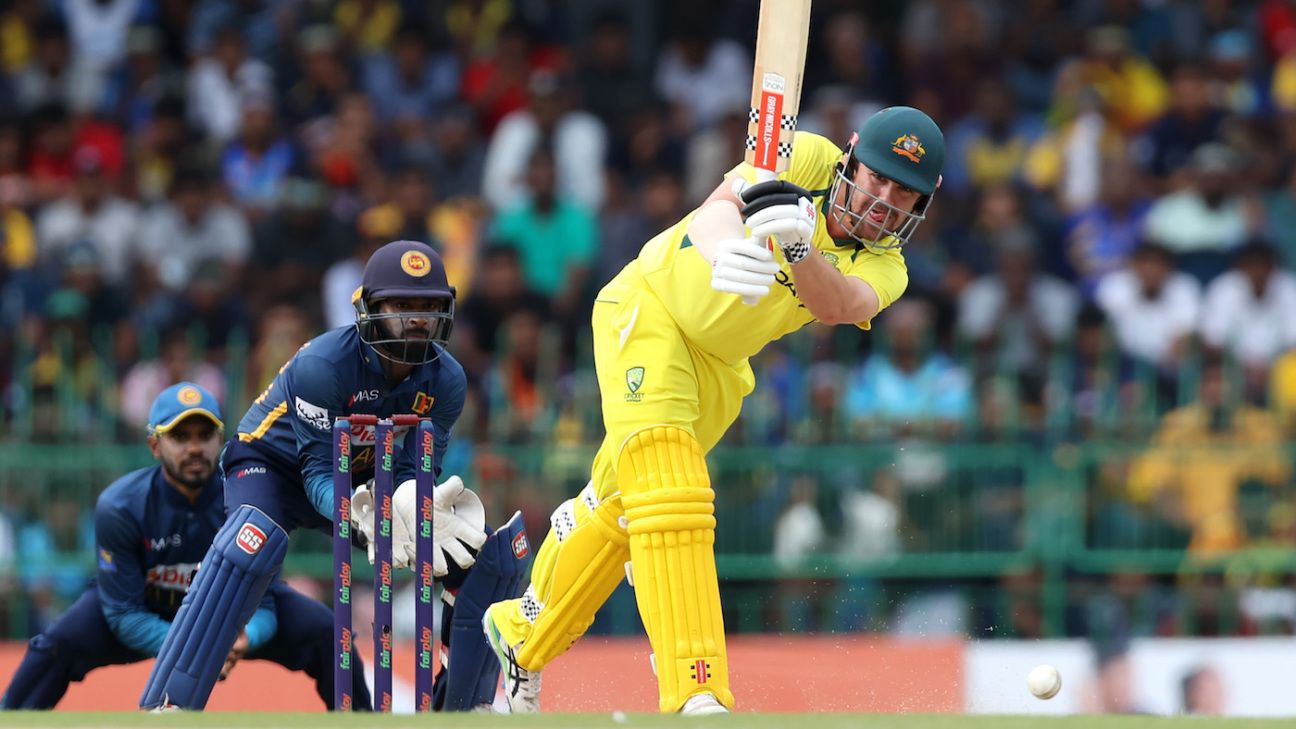 Travis Head claims he is already feeling comfortable on Sri Lanka’s wickets after working his way to a second big score of Australia’s tour in their six-wicket ODI loss in Colombo.

Head played a starring role in Australia’s innings of 291 for 6 on Sunday, hitting an unbeaten 70 from 65 balls as he anchored the middle overs before exploding late.

He hit 53 in his final 35 balls, turning it on in the final overs of Australia’s innings before Sri Lanka chased down the target with ease. But still, the signs are good for Head in the lead up to the two-Test series starting next Wednesday in Galle.

Australia’s ability to handle spinners will be crucial in the Tests, after they were routed 3-0 in Sri Lanka in 2016 and their batters only made five scores above 50 in six innings.

“I’m playing well, I think there’s still a lot of work to continue to keep doing when we go into that format,” Head said. “But I felt like in these last two games and in the Australia A games in Kandy as well I have played spin quite well.

“They are challenging wickets, there’s no doubt. There’s going to be times where it doesn’t look the best and it’s going to be tough and we grind through that.”

Head, though, doesn’t want to go into his shell. He was player of the series for Australia in the home Ashes win, striking at 86.02 as he averaged 59.50.

“I feel like I’m sharp,” he said. “We’ve still got to be positive on the wickets, even in the Test series. You still find opportunities to score and put pressure back on the bowler so can try to get as many balls that we can score off as possible.”

Meanwhile Head’s 70 came batting at No. 6, after having opened with success in his first ODIs in three years in Pakistan in March and April. But he does not envisage a situation where he acts as a middle-order finisher for Australia in next year’s World Cup.

“I’m adaptable, but I don’t think that’d be my role moving forward,” Head said. “My opportunity will probably come in a while at the top of the order.

“The feedback is I’ve got to wait my time…with two world-class players [in David Warner and Aaron Finch] sitting there at the moment.”