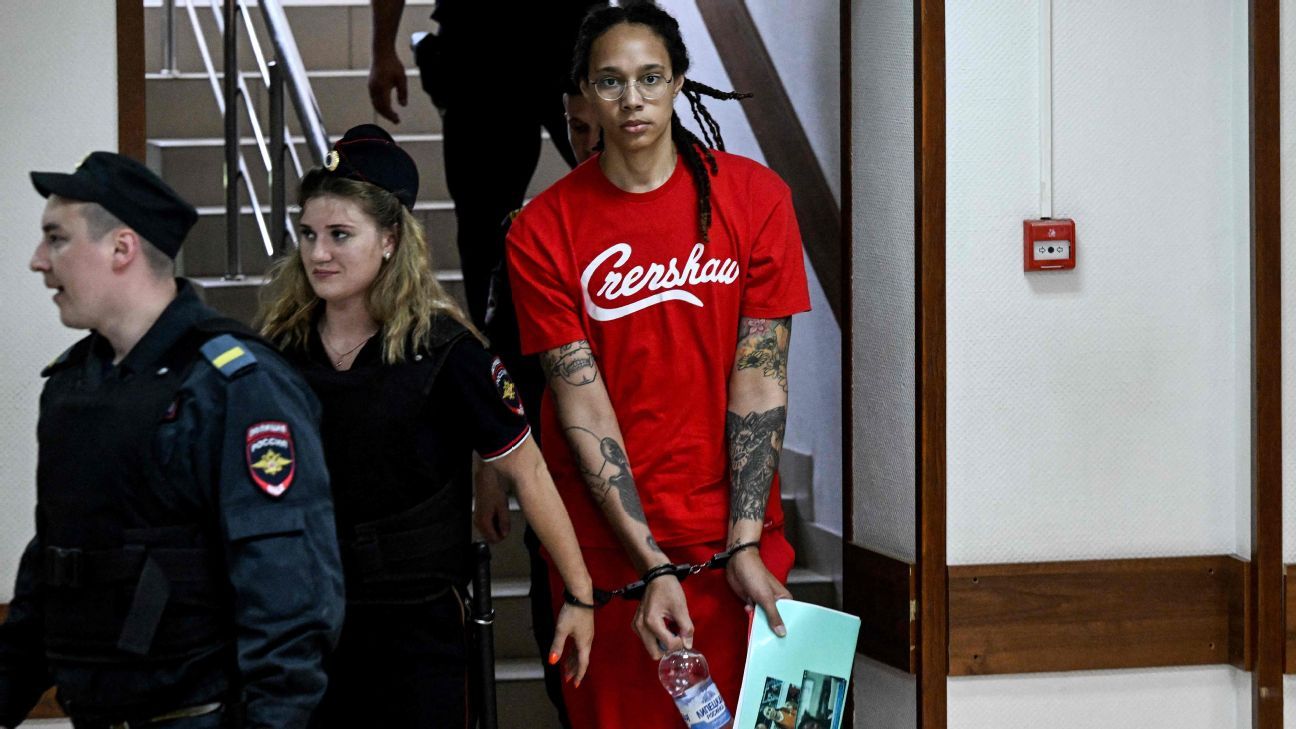 Blinken did not provide details of Lavrov’s response to what he had previously called a “substantial proposal” for Russia to release two U.S. citizens in Griner and Paul Whelan.

The secretary of state had publicly requested the call and revealed the existence of the offer to Russia — which according to multiple reports involves convicted Russian arms dealer Viktor Bout.

Lavrov had said earlier Friday that he was open to a call with Blinken to discuss the prisoner exchange, even though the Foreign Ministry hadn’t been involved in previous discussions on the issue. Friday marked the first conversation between Blinken and Lavrov since Feb. 15.

Griner, a center for the Phoenix Mercury and two-time Olympic gold medalist, was arrested at a Moscow airport in mid-February when inspectors found vape cartridges containing cannabis oil in her luggage.

Her arrest came at a time of heightened tensions between Moscow and Washington ahead of Russia sending troops into Ukraine on Feb. 24. Griner’s five months of detention have raised strong criticism among teammates and supporters in the United States.

Her trial on drug charges started in a court outside Moscow this month, and she testified Wednesday that she didn’t know how the cartridges ended up in her bag but that she had a doctor’s recommendation to use cannabis to treat career-related pain.

The 31-year-old has pleaded guilty but said she had no criminal intent in bringing the cartridges to Russia and packed in haste for her return to play in a Russian basketball league during the WNBA’s offseason. She faces up to 10 years in prison if convicted of transporting drugs. Sources have told ESPN’s T.J. Quinn that a verdict and sentence are expected Aug. 5.

The Biden administration has faced political pressure to free Griner and other Americans whom the U.S. has declared to be “wrongfully detained” — a designation sharply rejected by Russian officials.

Whelan, a corporate security executive from Michigan, was sentenced to 16 years in prison on espionage charges in 2020. He and his family have vigorously asserted his innocence. The U.S. government has denounced the charges as false.

Russia has for years expressed interest in the release of Bout, a Russian arms dealer once labeled the “Merchant of Death.” He was sentenced to 25 years in prison in 2012 on charges that he schemed to illegally sell millions of dollars in weapons.