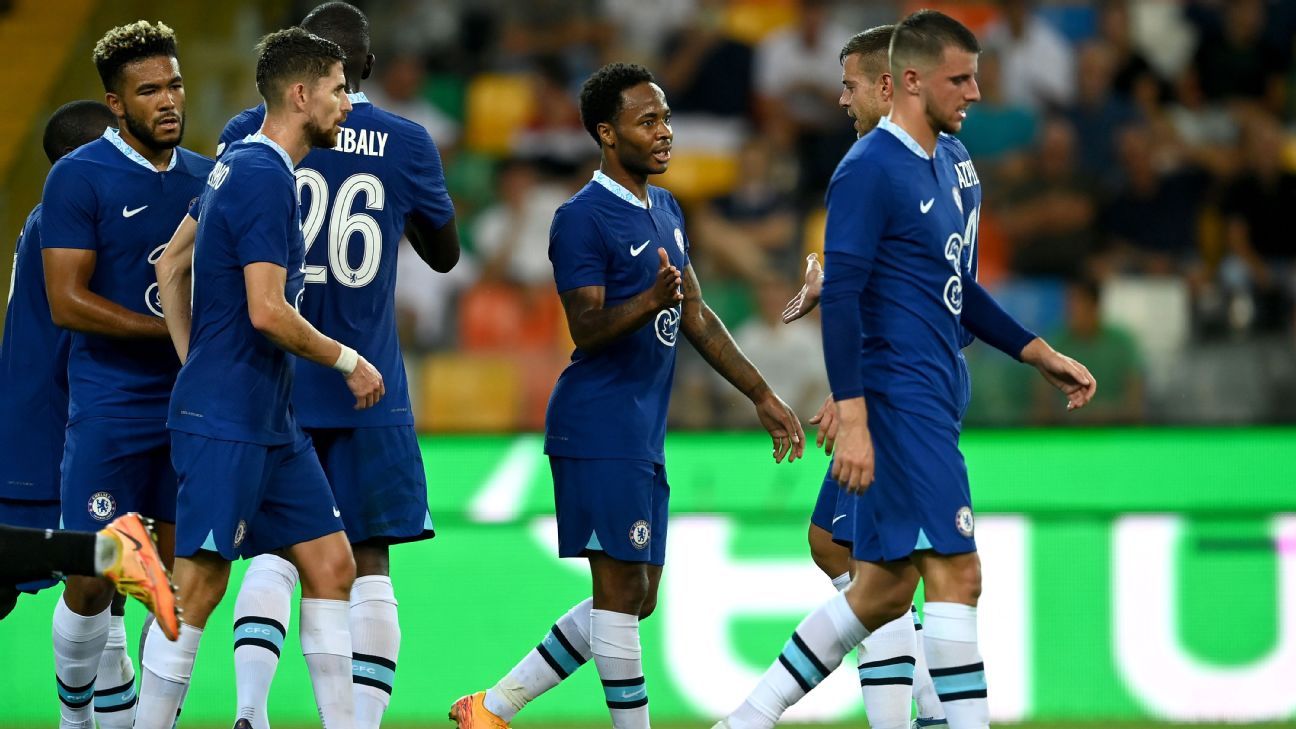 Raheem Sterling scored his first goal in a Chelsea shirt as his new club got their preseason back on track with a 3-1 in over Udinese at the Dacia Arena in Udine, Italy, on Friday.

Sterling, who arrived from Manchester City this summer, somewhat fortuitously bundled the ball home from close range at the second attempt in the 37th minute following a fine through ball from Jorginho.

– Preseason schedule: When, where, who Europe’s top clubs will play
– Don’t have ESPN? Get instant access

By that point, Chelsea were already a goal to good. N’Golo Kante opened the scoring with 20 minutes gone as he was allowed to drift upfield before unleashing a fine left-footed striker into the bottom corner from the edge of the penalty area.

Former Watford forward Gerard Deulofeu pulled a goal back for the hosts shortly before half-time after Edouard Mendy had saved from Roberto Pereyra‘s shot.

But Chelsea would not be denied a much-needed win ahead of the start of their Premier League season against Everton a week on Saturday. Sterling almost grabbed his second of the night with an effort that came back off the post before Mason Mount turned in substitute Callum Hudson-Odoi‘s cross in the 90th minute.

Chelsea came into the game following a disappointing 4-0 defeat to London rivals Arsenal and a loss on penalties to MLS side Charlotte FC as the club prepares for their first season under new ownership.