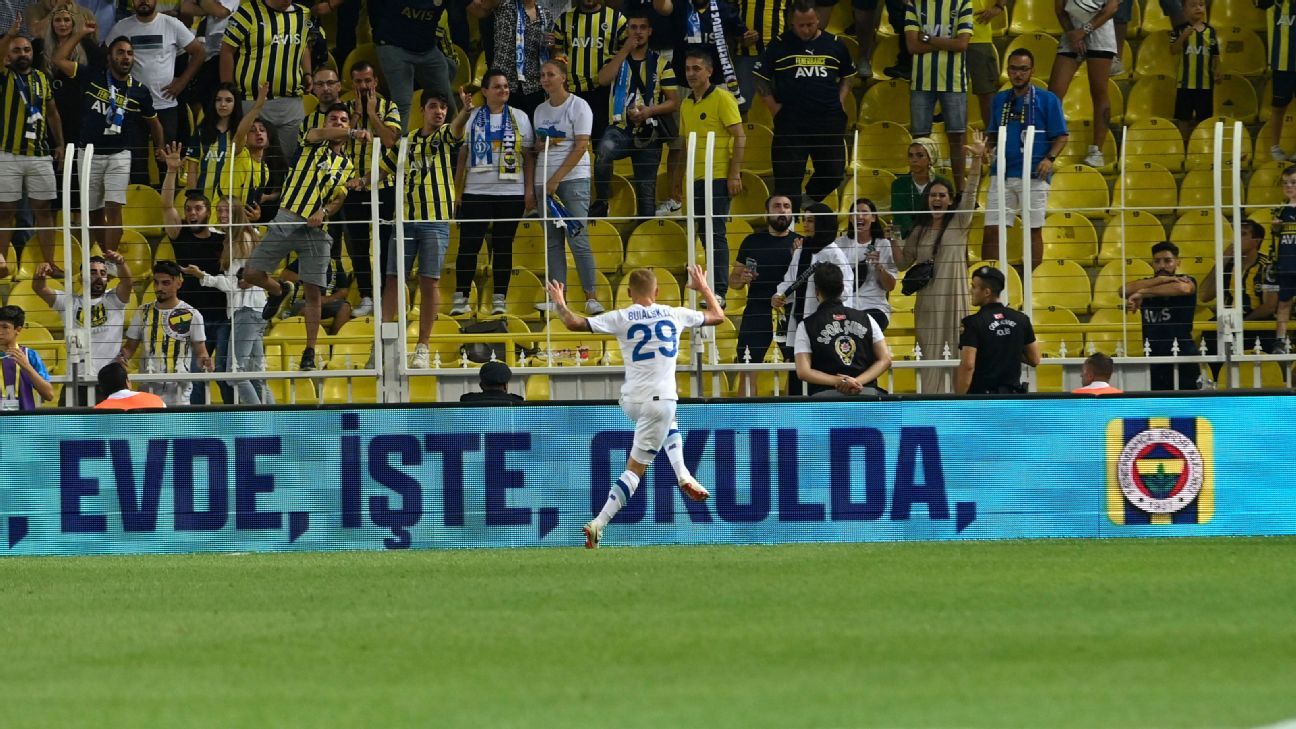 UEFA said on Thursday it will start a disciplinary investigation against Turkey’s Fenerbahce over a group of its fans chanting Russian President Vladimir Putin’s name after conceding a goal at home to Dynamo Kyiv in a Champions League qualifier.

Fenerbahce’s hopes of competing in Europe’s elite Champions League competition this season were dashed by a 2-1 extra-time loss to Kyiv in the second qualifying round tie in Istanbul on Wednesday.

Vitaliy Buyalskyi put the Ukrainian side ahead in the 57th minute, shortly after Fenerbahce midfielder Ismail Yuksek was sent off in a tense match.

The game ended 1-1 after 90 minutes but Kyiv knocked out Fenerbahce with a 114th-minute winner by Oleksandr Karavaev.

Buyalskyi’s celebration after scoring was met with chants of “Vladimir Putin” by many Fenerbahce fans, prompting an online backlash condemning the Istanbul side’s fans and calling on European governing body UEFA to take action against the club.

UEFA said an “Ethics and Disciplinary Inspector will conduct a disciplinary investigation regarding alleged misbehaviour of Fenerbahce supporters” at the Dynamo Kyiv match, adding further information would be made available later.

Vasyl Bodnar, Ukrainian ambassador to Ankara, said on Twitter he was saddened by the chants but thanked those who stood against the “inappropriate actions” of the fans. “Football is a fair game. Dynamo Kyiv was stronger yesterday,” he said.

Russia invaded Ukraine on Feb. 24, calling it a special military operation to rid Ukraine of fascists, an assertion the Ukrainian government and its Western allies said was a baseless pretext for an unprovoked war.

Bodnar added that it was “very saddening” to hear the reaction of the Fenerbahce fans at a time when civilians in Ukraine were dying in Russian attacks on the country.

In a statement on Thursday, Fenerbahce said the chants made by “some” fans did not represent the club, its position, or its views, adding that it stood firmly against the war in Ukraine.

Fenerbahce said the chants lasted 20 seconds and were prompted by the “exaggerated” celebrations of some Kyiv players after the goal.

“Whatever the reason may be, we as the Fenerbahce Sport Club absolutely reject the reaction coming from parts of our stands,” the club said, adding it was unfair to put blame on all its fans or the club for an act that “never represents our values.”

NATO member Turkey shares a maritime border with Ukraine and Russia in the Black Sea and has good ties with both. It has been trying to mediate the war, and last week helped broker an accord between the warring parties to resume Kyiv’s grain exports.

Ankara has repeatedly said it will not abandon its relations with either country due to strategic and commercial reasons, but has criticised Russia’s invasion and called on Moscow to stop the conflict. It has also provided military support to Kyiv and hosted peace talks.