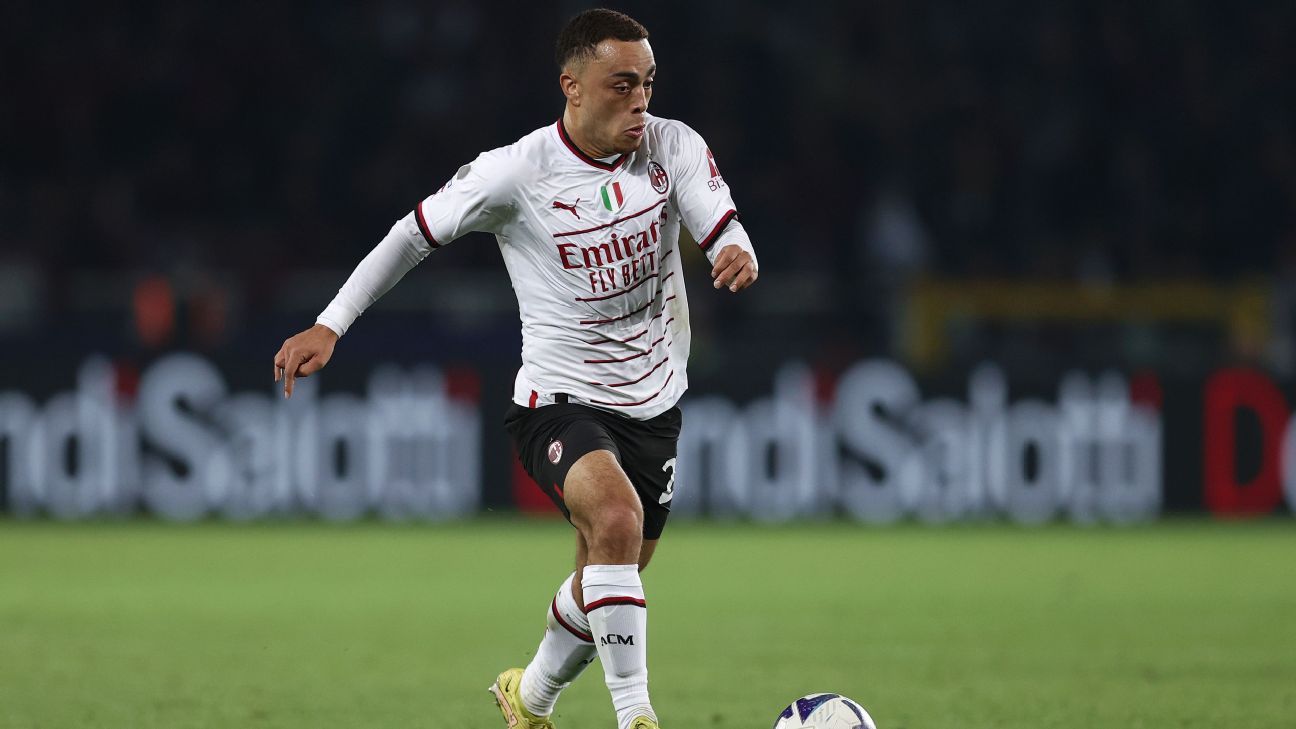 AC Milan right back Sergino Dest is the latest injury worry for the United States ahead of the World Cup, while Arsenal goalkeeper Matt Turner missed his third straight match Thursday.

Dest did not play in Milan’s Champions League group stage finale against FC Salzburg on Wednesday because of adductor fatigue. The club said Thursday the decision was a precaution.

Loaned to Milan from Barcelona, Dest has been limited to two starts and six substitute appearances this season.

Turner did not make the squad for the Gunners’ Europa League group stage finale against FC Zurich. Turner has not played since Oct. 20 against PSV Eindhoven after being diagnosed with a tight groin and has been limited to four Europa League matches as Arsenal’s No. 2 goalkeeper behind Aaron Ramsdale.

It appears Turner’s last chance for playing time ahead of the World Cup is the Carabao Cup third round match against Brighton next Wednesday, the day U.S. coach Gregg Berhalter plans to announced his 26-man World Cup roster.

The U.S has many injury worries.

Celta Vigo said Friday that midfielder Luca de la Torre has a leg injury that will sideline him for three weeks.

Forward Josh Sargent missed Norwich‘s match against visiting Queens Park Rangers on Wednesday in England’s second-tier Championship. The 22-year-old from O’Fallon, Missouri, who has eight goals for Norwich this season, injured a calf against Burnley on Oct. 25 and also missed Saturday’s match against Stoke.

Midfielder Weston McKennie injured a thigh Saturday during Juventus’ 1-0 win at Lecce and is not expected to play another club match before the World Cup break.

Crystal Palace defender Chris Richards has not played since Sept. 6 because of a thigh injury.

In addition, Atlanta United defender Miles Robinson will miss the World Cup after tearing his left Achilles on May 7.

Back in the World Cup after missing the 2018 tournament, the U.S. opens against Wales on Nov. 21, plays England in a Black Friday matchup four days later and closes group play on Nov. 29 against Iran.