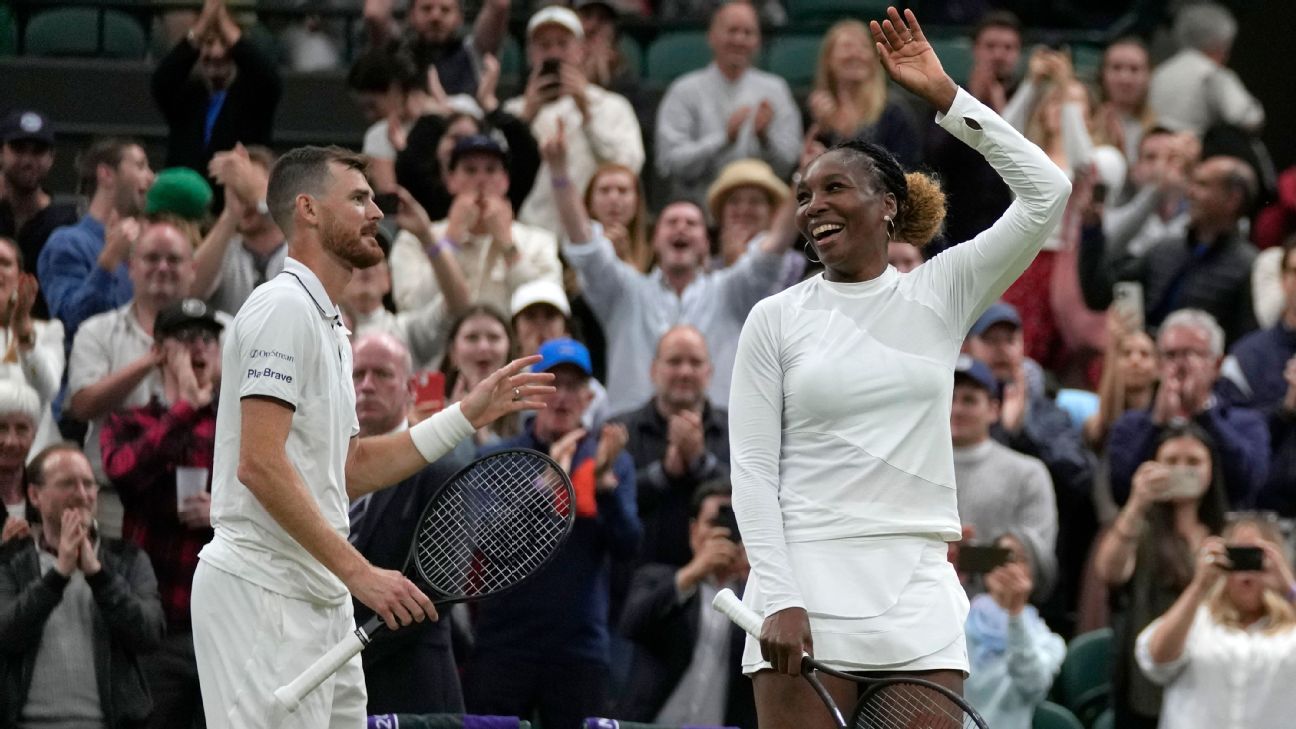 LONDON — Venus Williams arrived at Wimbledon last week with no intentions of competing. But then she had a change of heart.

“I had no plan to play,” Williams said Friday. “I saw the grass and I got excited.”

Her coach reached out to Jamie Murray, a five-time major mixed doubles and two-time doubles champion, to see if he would play with Williams, and he agreed. On Friday night, in front of a packed crowd on No. 1 Court, the new pair defeated Alicja Rosolska and Michael Venus, 6-3, 6-7 (3), 6-2 in a first-round match that lasted two hours and 18 minutes.

It was Williams’ first match since August of 2021. Both Venus and sister Serena had fueled retirement speculation with their lack of play this season, but then Serena announced her return to competition earlier this month; she played in doubles at Eastbourne, and then lost in her Wimbledon opening-round singles match to Harmony Tan on Tuesday.

Venus originally insisted she wouldn’t be joining Serena as a competitor in a post to her Instagram story shortly after Serena’s reveal, but was then spotted on the practice courts at the All England Club. She and Murray requested and were granted a late wild-card entry, and on Wednesday were announced in the mixed doubles draw.

Murray said Williams had asked him to play last year at Wimbledon, but he was unable to play both doubles and mixed doubles due to an injury.

“Can’t say no twice,” he said about the opportunity.

Williams said she wasn’t sure how she was going to fare on the court after such a long absence, and credited Murray for providing “so much help today.”

Both said they enjoyed the match, and playing together.

“It was fun,” Murray said. “For me, that was what I wanted to get out of it. It was a great experience, play with Venus Williams. When am I going to get the chance to do that?”

While this marks their first time playing together, it’s not the first Williams-Murray partnership at Wimbledon. Their younger siblings, Serena and Andy, joined forces at the All England Club in 2019 and reached the third round.

Williams and Murray will next play Alicia Barnett and Jonny O’Mara, likely on Sunday.