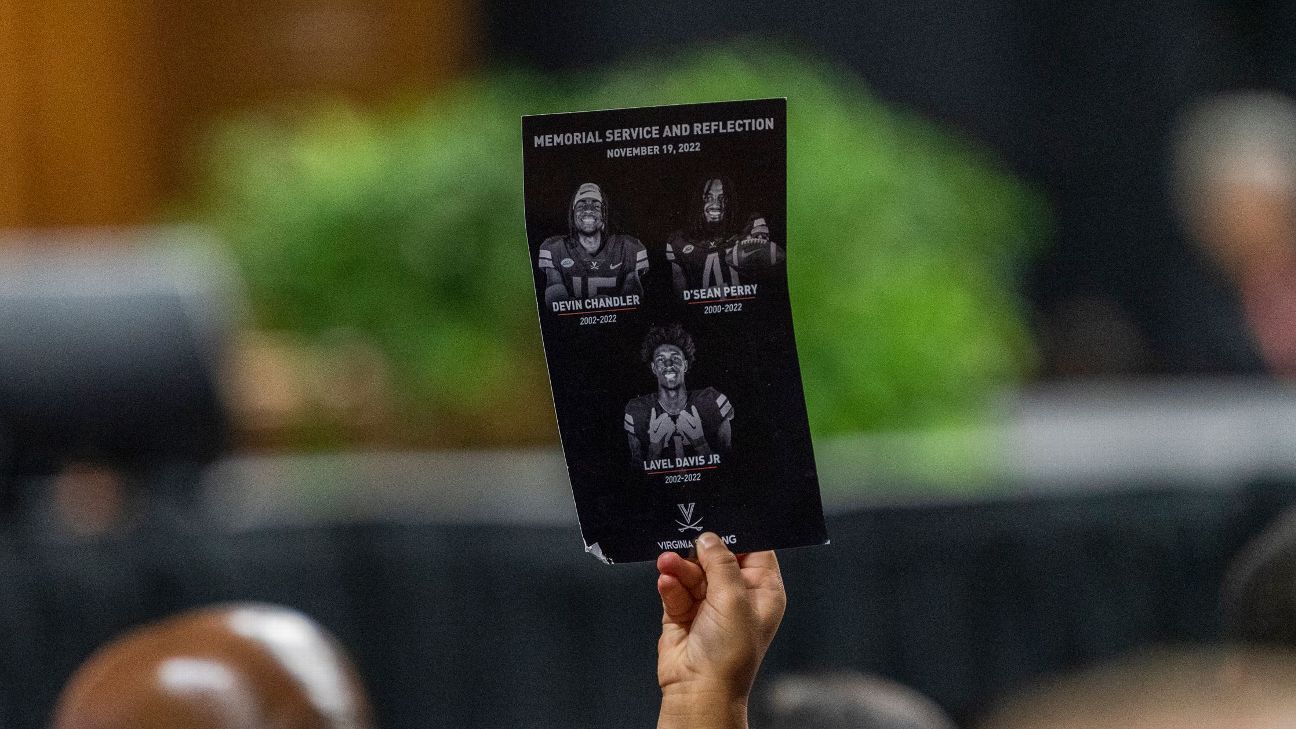 The University of Virginia has awarded posthumous degrees to honor Devin Chandler, Lavel Davis Jr., and D’Sean Perry, who were shot and killed last month.

Associate Dean for Undergraduate Academic Programs Rachel Most, who served as dean for all three players in the College of Arts & Sciences, made the request.

All three Cavaliers football players were shot and killed on a charter bus after returning home from a class trip to Washington, D.C., on Nov. 13. Two others, running back Mike Hollins and Marlee Morgan, were shot but survived. Hollins is expected to earn his undergraduate degree this month.

Christopher Darnell Jones Jr., a UVA student and former member of the football team who was on the trip, has been charged with three counts of second-degree murder and the use of a firearm in the commission of a felony.

Prosecutors have also charged him with two counts of malicious wounding and additional gun-related charges related to shooting Hollins and Morgan. He is being held without bail in a Charlottesville jail. There is a case status hearing scheduled for Thursday.

The entire Virginia football team, along with athletic director Carla Williams, President Jim Ryan and other representatives from the athletic department and university, attended the funerals for all three players in their respective hometowns.

In a university news release, Williams said, “It was a great honor to be a part of presenting these diplomas to the families of Devin, Lavel and D’Sean.”