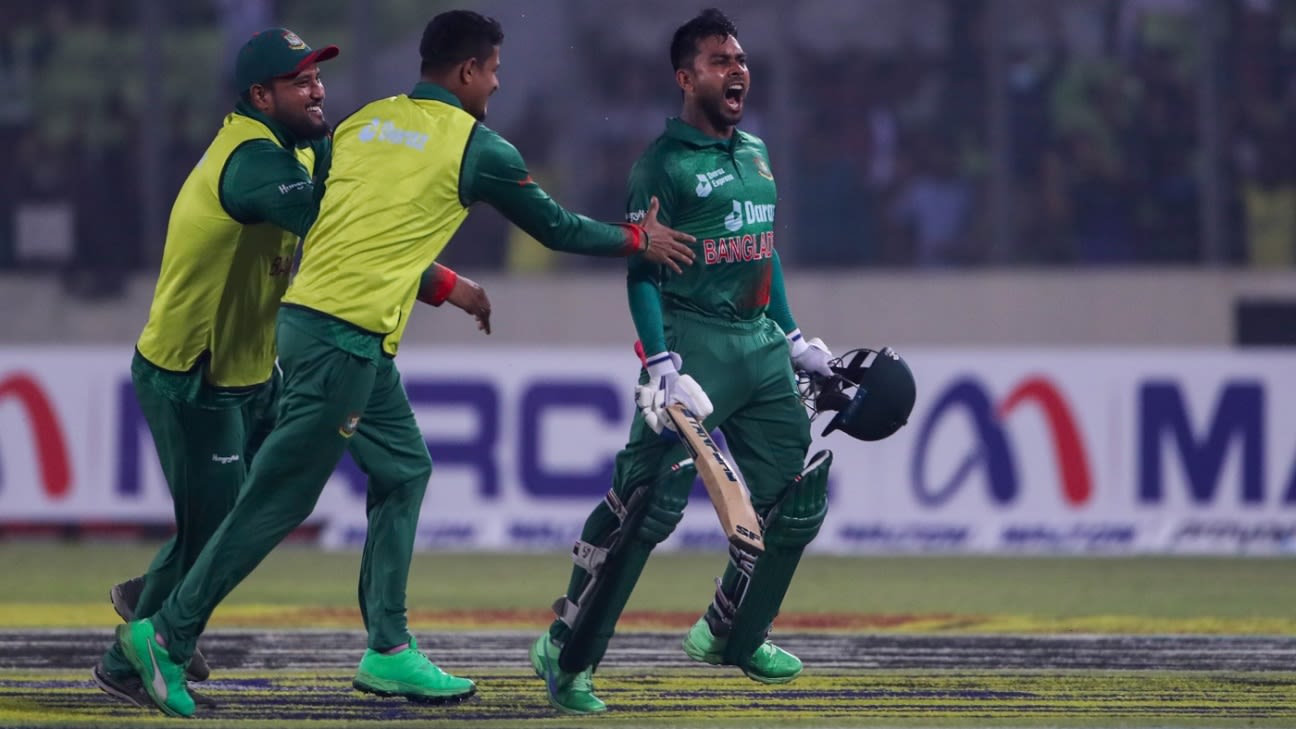 Bangladesh coach Russell Domingo has praised his team’s character for the manner in which they clung on to win the first ODI by one wicket, but he said they were aware that an improved performance was needed if they are to seal the series in the second ODI on Wednesday.

“I have been involved in some amazing games with Bangladesh,” Domingo said. “We have had some narrows wins and losses, but that [the first ODI] was as close as they come. It shouldn’t have been that tight. When we needed 59 runs with four wickets down, we were in a pretty good position. By far not the perfect performance. There’s lot of work still to be done. But, to be able to win from that situation, says a lot about the team’s character.”

“There is confidence in this format,” Domingo said. “Our record in Bangladesh is very good. There’s a sense of excitement to play against India, who are one of the big teams in the world. There’s also a sense that India will come back strong. We have to play better cricket than the first game, particularly with the bat. We can’t get away with it again.”

Domingo said he had a long discussion with the team during the training session on Tuesday to stay in the present, rather than dwell on the victory in the first ODI. “The guys were ecstatic. Rightfully so. But come today, it’s done. We have had a good long chat. We have to try to improve in every department tomorrow because we know it will be a tough game.”

Domingo wasn’t concerned about Mushfiqur Rahim and Mahmudullah, whose defensive batting put Bangladesh in a bit of trouble in the first ODI. Mushfiqur made 18 off 45 balls, while Mahmudullah scored 14 off 35.

“Firstly, I am going to defend my players,” he said. “In the last two games in Zimbabwe, Mahmudullah got 80 and 39. I am very reluctant to say that [it is time to find their replacements]. Both players have times in their career when they are searching for runs.

“It was one ODI ago that [Mahmudullah] got 80. I have no concerns with him at the moment. All players go through these phases in the older phase of their careers. I still have a lot of faith in his ability and batting.

“I think his intensity dropped [in the first ODI] as he was looking more to survive than to score. That’s why he missed that half volley on leg-stump. If he was looking to score, he would have probably hit that for two or four. It is just making sure that we get into the routine and rhythm of being more positive than looking to survive.”

Domingo also defended Bangladesh’s decision to pick Najmul Hossain Shanto as the replacement opener for the injured Tamim Iqbal. Shanto was dismissed for a golden duck, caught at slip off Deepak Chahar.

“I like the left-right opening combination,” Domingo said. “He [Shanto] seems to be finding his way in white-ball cricket. He got two fifties in the T20 World Cup.

“Shanto needs to perform more consistently, but he has also played on some tricky surfaces. You have to be patient with some players. Twelve ODIs is not that many games. He is playing against high quality teams in tough conditions.”

Domingo was also pleased with Shakib’s return to form with the ball, after the left-arm spinner took 5 for 36 in ten overs in the first ODI against India. “I know he is struggling a little bit with his shoulder. Maybe not trying to spin the ball much as he has done in the past. He is playing so many T20s where he is just trying to bowl straight at the stumps.

“I thought his change of pace, angles and shape on the ball was fantastic in the last game. Behind Tendulkar, he has the second most Man-of-the-Match awards so you always know that he will put in a performance at some stage.”