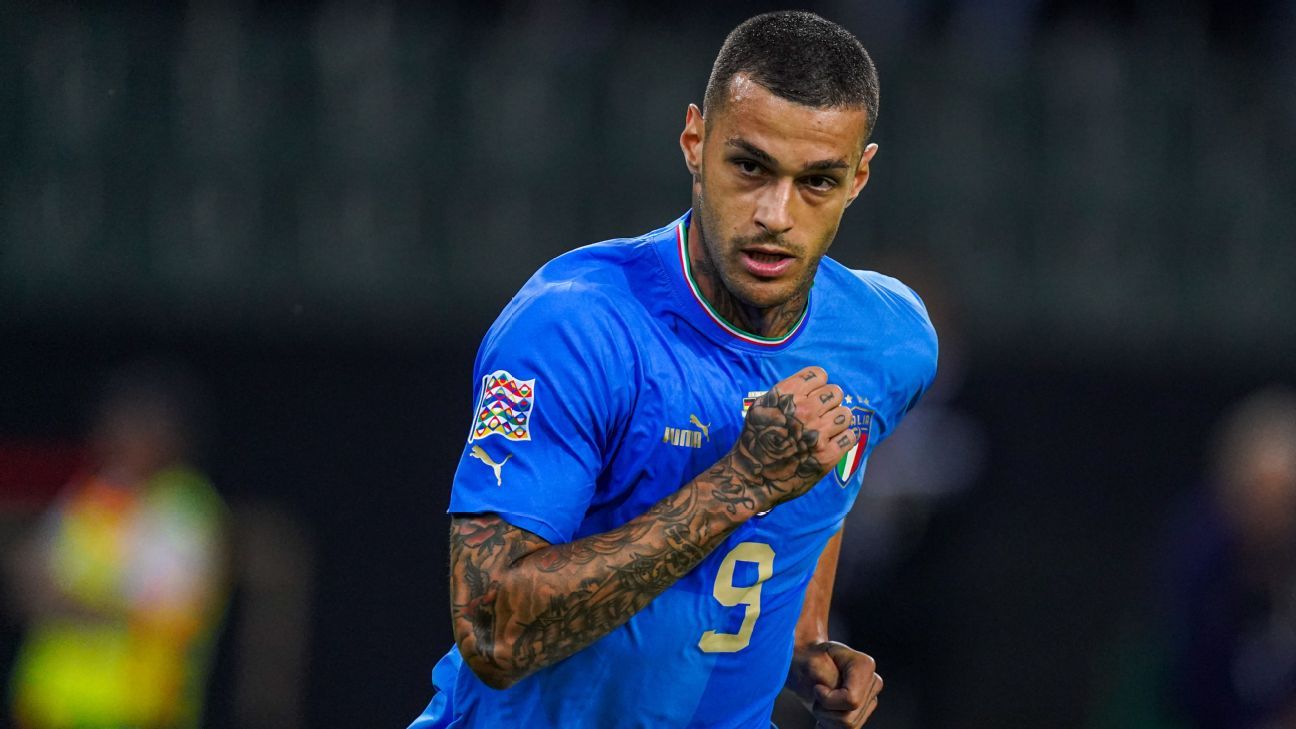 West Ham United have completed the signing of Italy international striker Gianluca Scamacca from Sassuolo, the clubs have announced.

Scamacca joins the Premier League side for an undisclosed fee, reportedly worth £35.5 million.

“I am really excited to join West Ham,” Scamacca said in West Ham’s release. “I’ve waited a long time for this moment — it’s been a dream to play in the Premier League.

“I feel like West Ham is the perfect team for me. They showed they really wanted me and when I spoke to the manager there was an instant understanding.

“I can’t wait to play and show the supporters what I can do in the West Ham shirt — I hope we will love each other.”

The 23-year-old enjoyed a breakthrough year in Serie A last season, scoring 16 goals in 36 games. Scamacca’s form earned him a call-up to the Italian national team and he has now won seven caps for the Azzurri, though has yet to find the back of the net.

All the way from Rome, Italy…

West Ham boss David Moyes has been eager for a striker to boost a squad that last season reached the semifinals of the Europa League and finished seventh in the Premier league to secure a place in the Europa Conference League.

They had also been linked with a move for Chelsea striker Armando Broja.

“We’ve been looking to add more strength to our attacking options for a while, so we’re delighted to have got Gianluca in,” Moyes said.

“He comes really well recommended — and we’re looking forward to working with him. He’s a young centre-forward with a really bright future ahead of him.”