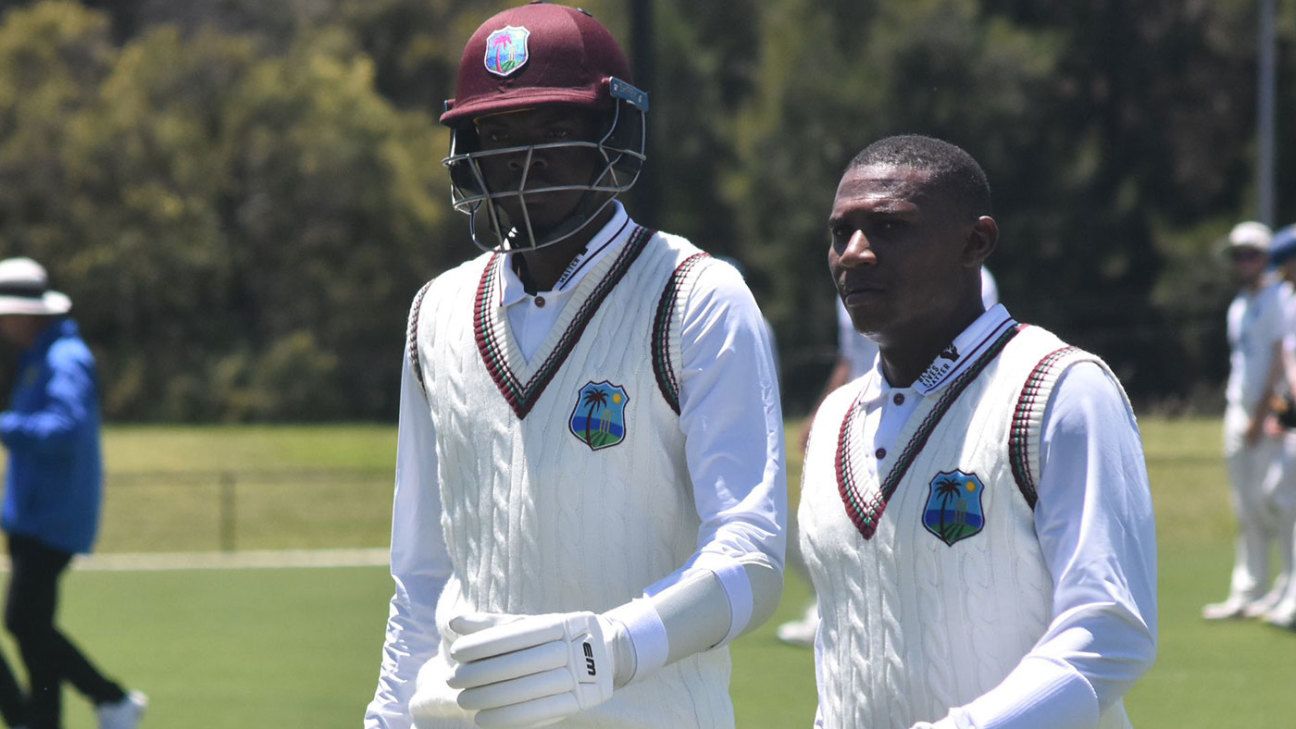 West Indies’ batters missed a chance to find their groove on Australian pitches before their tour game against a NSW/ACT XI was declared a draw.

The visitors were 114 for 4 in their second innings on Saturday at Manuka Oval when play was called off, the hosts declaring earlier in the day on a mammoth 426 for 4.

Jermaine Blackwood, who retired on 42 in the first innings, made just 1.

Earlier Blake MacDonald finished unbeaten on 177 after No. 3 Oliver Davies had smashed 115 off just 106 balls on Friday in a wake-up call for the West Indies attack.

The tourists will play a four-day twilight fixture against a strong Prime Minister’s XI from Wednesday before Tests against in Perth and Adelaide.