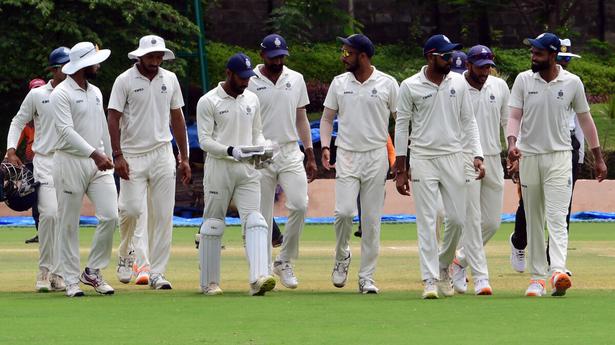 The last time Bengal clinched the Vijay Hazare Trophy title in March 2012, it rode on a century by Laxmi Ratan Shukla to defeat a star-studded Mumbai in the final. While Shukla had an incredible outing in the tournament, the Sourav Ganguly-led Bengal team excelled in every department under the watchful eyes of coach WV Raman.

It’s been a decade since and Bengal’s senior men’s team hasn’t been able to add another trophy in its cabinet. Over the last few years, Bengal came strikingly close to winning a Ranji Trophy title, but was outplayed by Saurashtra in the final in the 2019-20 season. In the just-concluded season, the team was knocked out of the Ranji Trophy semifinals after being defeated by Madhya Pradesh, which eventually went on to win the title.

Ahead of the upcoming season, the Cricket Association of Bengal (CAB) has overhauled the coaching staff – bringing back Raman as the batting consultant, while Shukla will be the coach.

Both Shukla and Raman, however, want to take things as they come. “We already had a great relationship and if he comes and assists the Bengal team with his vast experience, it will be really great,” Shukla told  Sportstar about Raman’s appointment.

Laxmi Ratan Shukla led Bengal to its last Vijay Hazare triumph in 2012 with a century in the final against Mumbai.
| Photo Credit:  Sandeep Saxena

Having worked with Raman in the past – in the Bengal team and in the Indian Premier League – Shukla understands what the former India women’s team head coach would bring to the table. “With WV Raman sir, it has always been a very sweet and positive equation. I always respect him as I learned so much from him, so obviously his presence will help a lot,” Shukla said.

Raman will be stepping into the shoes of VVS Laxman – who was earlier the batting consultant for CAB’s Vision Programme – and the seasoned coach is looking forward to this stint. “We will have different things to do. As the coach of the team, LR (Shukla) will have to see things in a different way, whereas, me sticking to one function, I will have to approach a different aspect altogether,” Raman told this publication. “But then, it will also be a case of both working together because the team’s objective is important and to ensure that the boys do what is needed of them will be important…”

Unlike Shukla, Raman will not travel with the team, rather his job will be to prepare the team for the overall season – something that Laxman would do during his stint. “The target will be to try and make the players realise what they need to do with the skillsets they have and within their framework of technique, how things can be done in all formats,” Raman said.

And, both Raman and Shukla agree that coordination will be important.

In his playing days, Shukla was known for his indomitable spirit on the field and as a coach he wants to imbibe that. “For the team, mental balance is very important. We need to be mature in our approach and improve our temperament. I can guide the team, but at the end of the day, I need to ensure that I improve that temperament,” Shukla, a former Bengal captain himself, said.

“For instance, if a Virat Kohli is getting out in a particular area, then no coach can help him. He himself needs to find a way. People can come and advise, but ultimately the player will have to do things himself. Similarly, I believe that a coach can guide a player, but ultimately, it is up to the player to pick the brains of the coach, understand what he wants and implement those things accordingly. That’s what I want this team to do…”

A domestic cricket stalwart for Bengal, Shukla has also played three ODIs for India and after retiring in 2015, Shukla entered politics and was a minister of state, youth affairs and sports, until January last year. During his stint as the Bengal captain, Shukla played with quite a few current players like Manoj Tiwary and Abhimanyu Easwaran and he believes that will help.

“They have all played under me, so they know how I would manage the team and what I expect from all of them. So going forward, they know how LR Shukla operates and what he believes in and I hope that together, we can put up a good show,” the newly-appointed coach said.

Just like his playing days, Shukla wants to play to his strengths and work together as a team alongside Raman and other support staff.