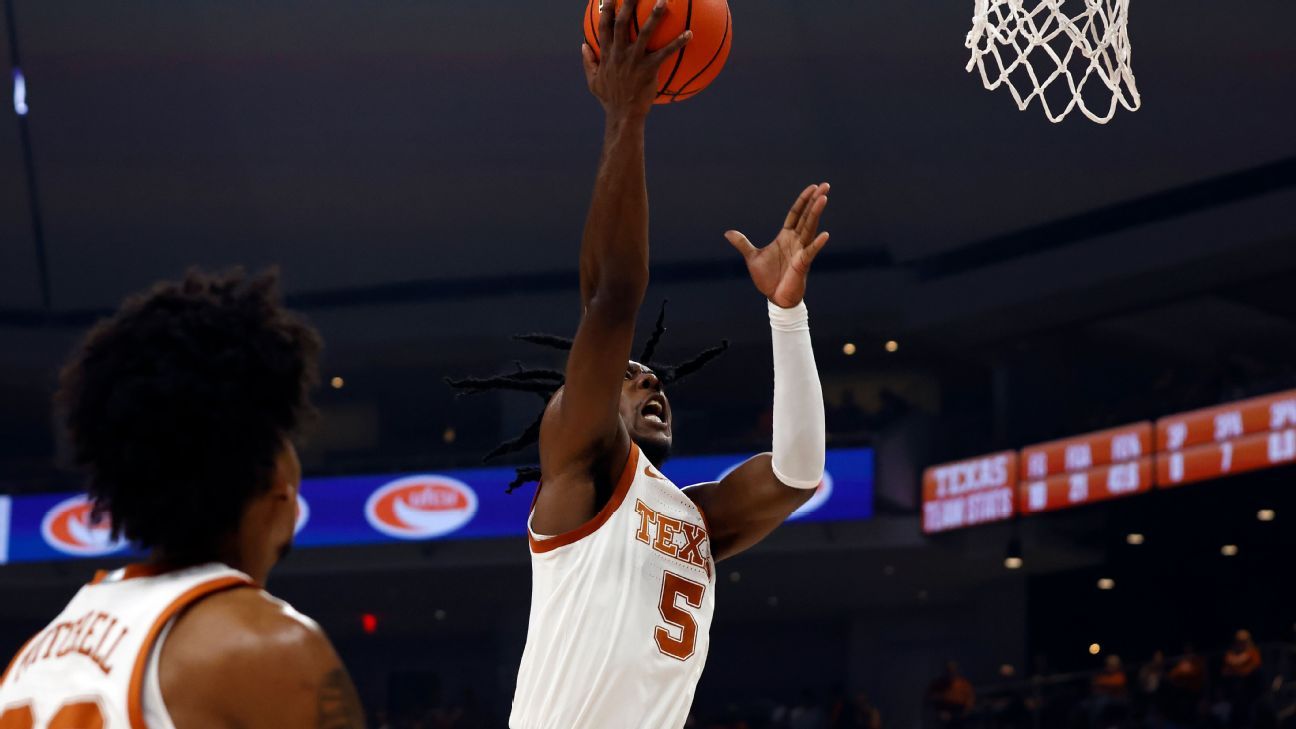 The game of the day sees the Illinois Fighting Illini travel to New York to face the undefeated Texas Longhorns in the Jimmy V Classic, in a battle of two teams who intend to make some serious noise in March. Heading into this matchup, let’s take a look at what each team has shown thus far and what it could mean, both tonight and as we progress through the 2022-23 men’s college basketball season.

Illinois rattled off 47 regular wins over the past two seasons, but with only a pair of tournament wins over that stretch it’s hard to call either season a success. What has changed? During three seasons with Kofi Cockburn in the middle, the Illini had an average pace rank of 182nd. But with the big man now playing pro ball in Japan, Brad Underwood has his team pushing up the tempo and ranking 24th.

Last season’s Kansas Jayhawks and the 2016-17 North Carolina Tar Heels are recent examples of teams that ranked in the top 15% of Division I in pace and won it all. Which makes this transition an interesting one for a team that has five rotation players shooting north of 35% from 3.

Texas has been all sorts of impressive thus far, with a thrashing of Gonzaga and a hard fought win last week against Creighton — despite missing 15 of 19 shots from deep. The Longhorns check every box possible. They have a pair of top-10 wins in the first month behind a roster packed with NCAA experience, play at a slower pace and are led by three guards who combine to score more than half of their points. But that exact sentence could have been said about Seton Hall last season, a team that finished as an 8-seed and failed to win a tournament game. Which isn’t to say 2023 Texas is 2022 Seton Hall; rather, it’s just a word of caution in assuming much of anything right now.

When it comes to evaluating the potential to cut down the nets this spring, there are a few trends worth highlighting: Both Illinois and Texas rank higher in defensive efficiency than offensive efficiency (per KenPom), a quality we haven’t had in a champion since the Shabazz Napier-led UConn Huskies of 2013-14. On the plus side, both teams did cover two of their first three games (Illinois was 22 points better than the spread in those games, Texas 24.5 points over expectation) this season, aligning them with recent champions in terms of overachieving from the jump. Will either or both make a Final Four run? Only time will tell, but we do get a very interesting data point tonight in the first game of the Jimmy V Classic.