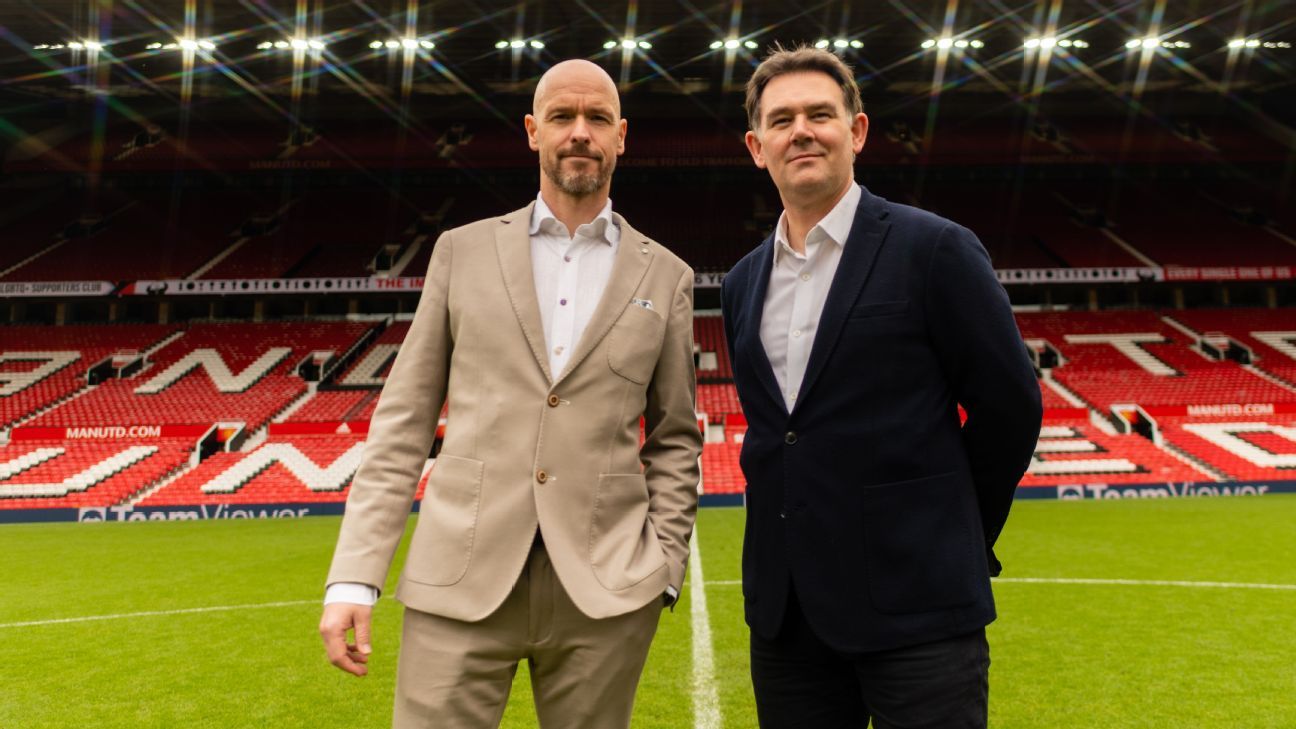 You only have to look at some of the comments under Manchester United‘s social media posts to see the frustration. “Man City announce Erling Haaland, Liverpool announce Darwin Nunez and we get a throwback picture of the day,” reads one. These feelings feed the perception that Man United are a club looking backwards while their rivals make transfer moves to secure future success.

There is a long way to go before the summer transfer deadline on Sept. 1, of course, and a window should only be judged the day after it’s closed, but there’s still a feeling among United supporters that the club are lagging behind.

Last season, United finished 34 points behind Liverpool, who have already signed 22-year-old striker Nunez from Benfica for £64 million. Man City finished a point further ahead, but have already added Haaland, 21, from Borussia Dortmund for £51.2m. They are eye-catching deals at what seem like reasonable prices; to put it bluntly, United could use some of that.

The irony is that this summer is far more important for Man United than it is for either Man City or Liverpool. Pep Guardiola and Jurgen Klopp are in charge of two of the most formidable teams in the world respectively and even with no new arrivals, you would still expect them both to challenge in the Premier League and Champions League next season.

United are supposed to be at the beginning of an exciting new era, too, thanks to the arrival of former Ajax manager Erik ten Hag, but he needs new players. The existing squad finished the last campaign as the sixth-best team in England, having scored fewer goals than West Ham and Leicester and conceding more than Burnley, who will be playing Championship football next season. It’s a long way back from there.

Once the season starts, the pressure will be on Ten Hag to prove he can compete with Guardiola and Klopp. For now, though, the pressure is on football director John Murtough and the recruitment team to prove they can build a team capable of competing with Man City and Liverpool.

Privately, Ed Woodward admits that his nine years as executive vice-chairman were a failure, but ask him what he is most proud of and he will likely tell you it is the changes he made to the way the club sign players.

It was needed. This week, former Liverpool striker Robbie Fowler said United could “write the book about how not to do transfers,” and he’s got a point. After being particularly dismayed at some of the players who arrived under Louis van Gaal, Woodward set about revamping the recruitment process. Murtough was appointed as United’s first football director in March 2021 with former midfielder Darren Fletcher announced as their first technical director on the same day. Now 15 months into their roles and with new CEO Richard Arnold replacing Woodward in February, this summer is being billed as a “fresh start.”

Arnold has stepped back from making football decisions and is letting Murtough take the reins. Sources have told ESPN there are now “clearer reporting lines” between scouts, head of scouting Steve Brown and Murtough, which has led to the entire process being “streamlined.”

Decisions on new players will be made between Murtough, Brown and Ten Hag, with each able to use a veto. The budget has been described as “sizeable,” but with the caveat that spending will be “disciplined.” It certainly won’t be a case of bringing in 10 new players, something Ralf Rangnick seemed to suggest during his spell as interim boss; instead, Ten Hag has been charged with getting more out of the current group of players already in place.

It all sounds positive in theory, but United fans have heard it before. It’s simple: the jury will be out on Murtough, Fletcher and Arnold until they deliver.

Man City and Liverpool have signed proven goal scorers and while United sources have made clear their priority is to sign a central midfielder, the only activity supporters have seen so far at Old Trafford since the end of the season is the free transfer exits of Paul Pogba, Nemanja Matic, Jesse Lingard, Juan Mata and Edinson Cavani. Goalkeeper Dean Henderson could be next out of the door after newly promoted Nottingham Forest opened talks over a loan move for the England international.

I know early in the window but it’s worrying that United are struggling to get business done. The others seem set and ready yet United can’t get moving. ETH needs his group together asap to mould them. Bringing them in late will only make it harder for him! 🤞🏻 it happens soon!

One of the primary targets to fill the void in the centre of midfield is Barcelona‘s Frenkie de Jong. Most United fans will agree he’s a very good player and he may be available this summer — though sources said the two clubs are in dispute over a fee — but there are concerns from outside the club that the Netherlands international doesn’t seem overly thrilled about the prospect of moving to Manchester. United have been here before with signings like Angel Di Maria, who never seemed happy and left after just one season.

Ten Hag asked players not involved in the Nations League games to be back at Carrington on June 27 — a little over a week away. The next notable date after that is July 8, when the squad depart Manchester for Bangkok, Thailand for the start of their preseason tour, followed quickly by the start of the new Premier League season on the weekend of Aug. 6-7. The transfer deadline is three weeks later on Sept. 1.

Over the past 10 years, United have been good at making promises of a brighter future while simply asking fans to have faith that things will, eventually, get better. But after nine years without a league title and five without a trophy of any kind, most fans will only believe it when they see it.

Man City and Liverpool have already improved from a position of strength, and United have even more ground to make up. The clock is ticking.