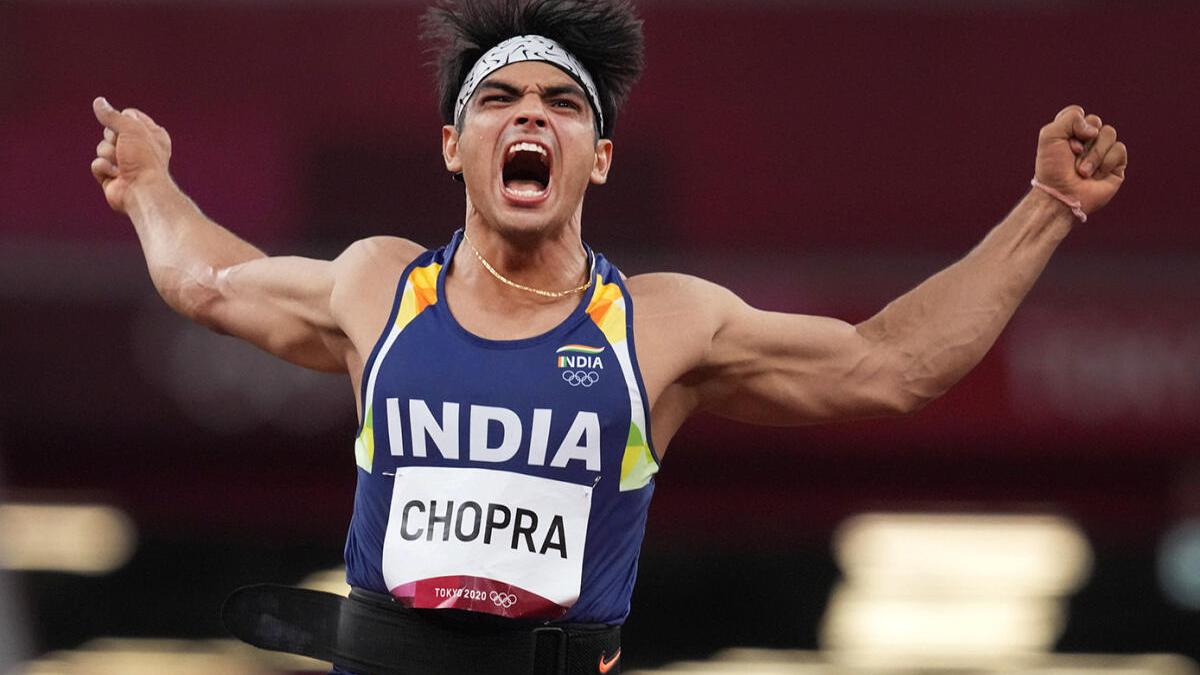 Olympic champion Neeraj Chopra will be primed to breach the 90m mark during the Kuortane Games in Finland on Saturday after his spectacular return to action in Turku where he had sent his spear to 89.30m for a new national record.

The 24-year-old Indian superstar’s spear landed 70cm short of the 90m mark, the gold standard of the javelin world at the Paavo Nurmi Games in Turku, Finland, on Tuesday in his first competition after winning gold in Tokyo in August last year.

He was second in a star-studded field behind local athlete Oliver Helander, who was the surprise gold winner with a personal best of 89.83m.

Chopra will be competing for the second time this week at the Kuortane Games, which is a silver-level event in the World Athletics Continental Tour.


He is currently based at the Kuortane Olympic Training Centre, around 300km from Turku, ahead of the all-important World Championships (July 15-24) in Eugene in USA.

It will be a world class field in Kuortane but not as strong as in Turku. Reigning world champion Anderson Peters, the season leader with 93.07m throw but who finished third in Turku behind Chopra with 86.60m, will be there.

Helander would also be pumped up to produce another big throw under home conditions once again.

There will also be 2012 Olympic champion Keshorn Walcott of Trinidad and Tobago who was fourth in Turku with 84.02m. But Czech Republic’s Tokyo Olympics silver medallist Jakub Vadlejch, who was sixth in Turku, and fifth-placed Julian Weber of Weber, will be missing in action.

If Chopra breaches the 90m mark, which he had said should come this year, he will become the 21st javelin thrower to do so.

“I am pleased with my performance. It was my first event of the season, so I am happy to have started the season on a high note. My performance here has boosted my confidence significantly,” Chopra had said after the Paavo Nurmi Games.

“Going forward, I am looking to work on my technique, throw, and overall performance. I am in a happy place at the moment and I just want to do well in the upcoming events.” Chopra’s earlier national record was 88.07m which he had set in Patiala in March last year. He had won the Tokyo Olympics gold with a throw of 87.58m on August 7, 2021.

Chopra’s 89.30m effort will take him to fifth spot in the world season leaders’ list.

After Kuortane, Chopra will feature in the Stockholm leg of the Diamond League on June 30. He had earlier trained in the USA and Turkey before shifting base to Finland last month.

Neeraj Chopra’s Kuortane outing will get underway on June 18 from 9:15pm IST. Follow live updates on Sportstar. No telecast or stream has been announced for audiences in India.

(With inputs from PTI)