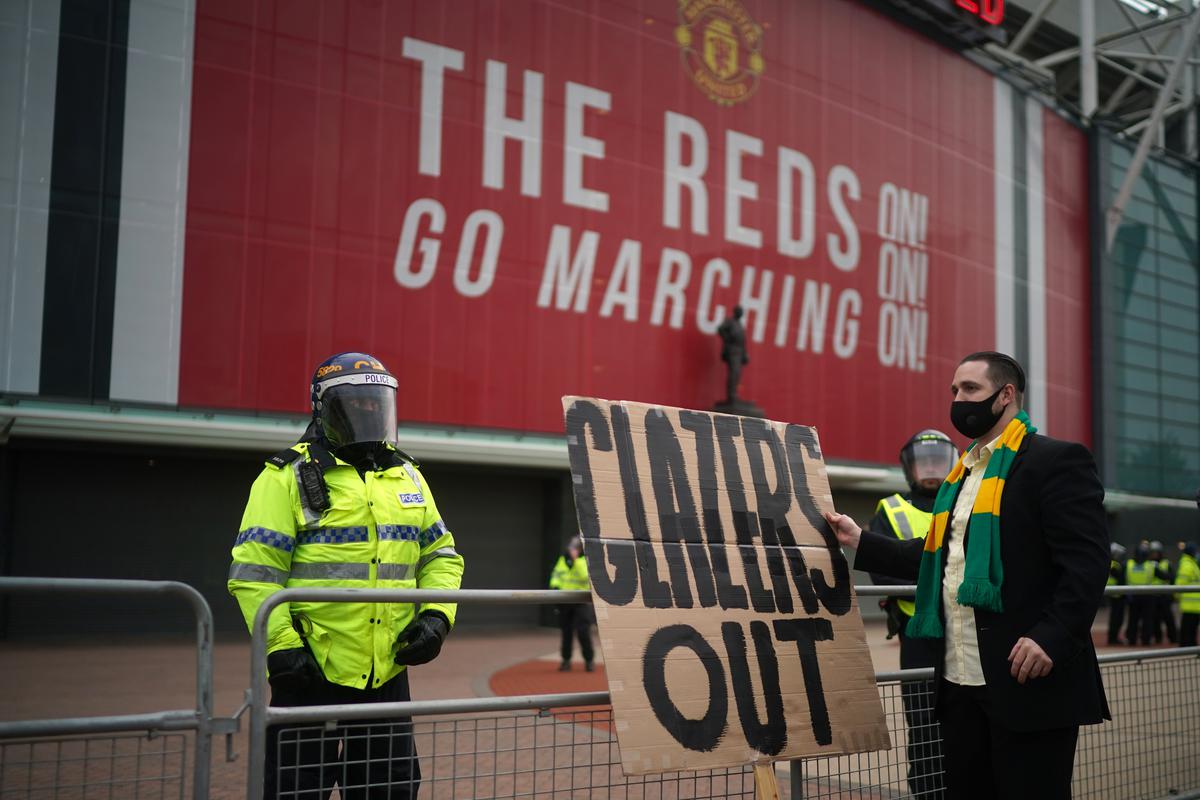 Manchester United’s US owners, the Glazer family, have said they are looking at options for the most decorated Premier League club, including a potential sale. Who are the Glazers and why have they been unpopular with the club’s supporters?

Malcolm Glazer, who founded the family business, run since his death in 2014 by his children, had invested in real estate and other businesses since the 1970s.

In the 1980s he founded First Allied Corporation, which has served as a holding company for the family’s business, including dozens of shopping malls across the United States.

In 1995, Glazer bought National Football League side Tampa Bay Buccaneers for a then-NFL record of $192 million. In 2005 he had completed a debt-driven takeover of the Old Trafford club, which is now owned by his six children – Avram, Joel, Kevin, Bryan, Darcie and Edward.

Forbes estimates the family’s worth at $4.7 billion.

HOW MUCH DID THE GLAZERS PAY AND WHAT IS THE CLUB WORTH NOW?

The Glazers bought United for 790 million pounds ($942 million) in 2005 in a highly leveraged deal which has been criticised for loading debt onto the club.

They sold 10% of their holding via the 2012 U.S. listing and have sold more shares since but the Glazers retain majority ownership. Manchester United’s valuation as a public company peaked at $4.3 billion in 2018. It was worth $2.5 billion at the close of US trading on Tuesday.

The Glazers have been criticised for burdening the club with debt and hundreds of fans used the first home game where Joel, Avram and Bryan were in attendance in 2005 to stage protests against the takeover.

But the club remained successful on the pitch under former manager Alex Ferguson, capturing five Premier League titles in seven seasons between 2007 and 2013 as well as the Champions League title.

However, since Ferguson’s retirement following the 2012-13 campaign the club has endured a lean spell, with its last trophies being the Europa League and League Cup titles in 2017.

Protests flared up again last year after the owners were involved in an attempt to create a breakaway European Super League along with five other English clubs. Plans for the league fell apart in days due to widespread opposition.

United’s league game against Liverpool was postponed in May 2021 after fans stormed the pitch to protest.

The Glazers’ announcement that they were exploring “strategic alternatives” comes on the back of Liverpool chairman Tom Werner saying owners Fenway Sports Group were exploring a sale.

In May, Roman Abramovich sold Chelsea to an investment group led by Todd Boehly and Clearlake Capital for $3.2 billion.

Jefferies analysts said they believed United would fetch more, pointing out that the club’s Old Trafford stadium is bigger, the club has more than a billion followers, far more than Chelsea, and generates more revenue and core profit.