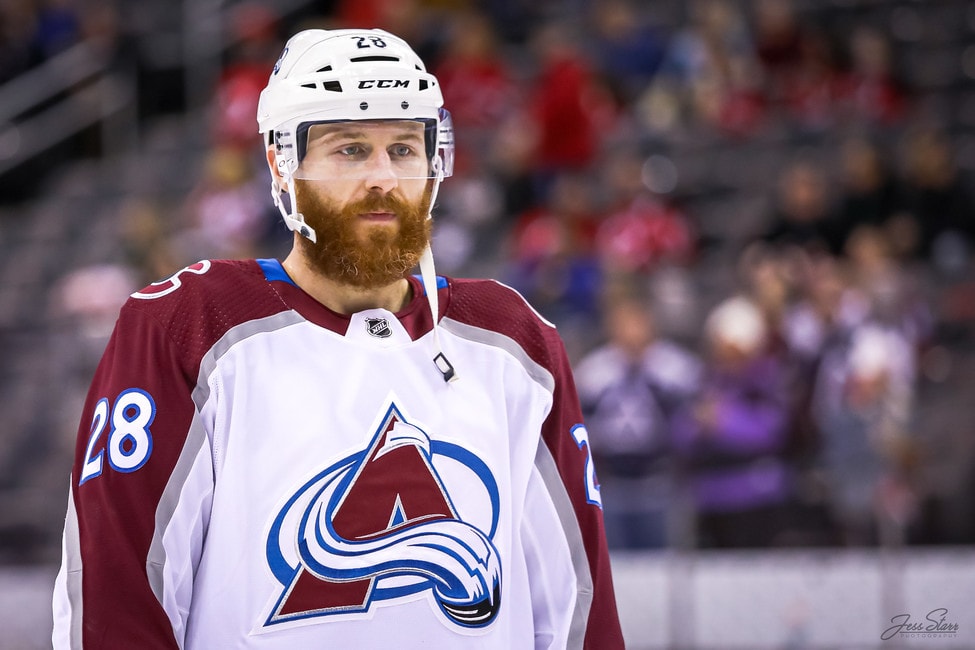 The idea of reaching a level of normalcy in 2020 has been next to impossible. Luckily, sports provided a much-needed distraction towards the end of the summer with a unique viewing experience without fans. Despite being different, the end product was quite enjoyable for the most part. With the first week of free agency completed, Joe Sakic brought a degree of familiarity for most by completing some clever transactions yet again.

The latest one was the acquisition of 26-year-old defenseman Devon Toews from the New York Islanders. The two-way defenseman will anchor the Colorado Avalanche’s third defensive pairing. Based on last season, the pairings seem to be as listed below.

Despite Toews being the anchor of the last pair, the coaching staff should look at every possible option for the sixth defenseman. The Avalanche are loaded with young, talented defensemen that could shine alongside Toews.

Entering this discussion, Ian Cole comes in as the favorite. The 31-year-old defenseman has been consistent throughout his career. Starting his 11th season, he has played more than 541 regular season games and 89 postseason contests — including two Stanley Cup championship runs with the Pittsburgh Penguins in 2016 and 2017.

Aside from his extensive playing experience, the defensive defenseman plays a simple game given his limited capabilities. With the wave of young offensive defensemen growing, the more defensive-oriented blueliners like Cole can be preferred by coaches. Their relationship dates back to 2010 with the Peoria Rivermen, where Jared Bednar was head coach, which brings a sense of familiarity for Bednar. Yet, playing the safe choice can sometimes be a disadvantage for a coach, particularly if there are better options at his disposal.

Roll The Dice with Timmins

Notably, the 22-year-old defenseman Conor Timmins is leaping his way into the discussion for the sixth spot on the Avalanche’s blue line. The six-foot-two defenseman is known for his offensive play. Timmins is more than capable of quarterbacking a power play while contributing offensively. His success at the Ontario Hockey League (OHL) level was imminent collecting 115 points in 163 games. Due to an unfortunate head injury during the 2018 OHL Final, his success was cut short. The Avalanche prospect missed over a year of play due to his injury.

It halted his development drastically and made his journey to the NHL much more difficult. This lingering injury led to a slow integration with the Avs’ affiliate American Hockey League (AHL) team. Yet in the 2019-20 season, his play improved as he tallied 27 points in 40 games. Perhaps the long break due to the pandemic also played in his favor.

Despite not being the strongest or fastest player, the 22-year-old plays a smart game. Time and time again, he is in the right place at the right time, which allows him to support the offense. These are qualities Bednar should be looking for on his last pairing. Timmins would provide a spark that could be complementary to the newly acquired Toews.

The Case for Byram

It would be unfair to have this discussion without including the 2019 fourth-overall pick, Bowen Byram. The 19-year-old is a workhorse with gifted skating abilities and provides terrific offensive talents. Throughout the last two seasons, Byram tallied 123 points in 117 games for the Vancouver Giants in the Western Hockey League.

Despite all of his positive attributes, Colorado should not rush him into the lineup. At only 19, the front office should make his development a priority rather than having him play a limited role at the NHL level.

The decision regarding the last defensive pairing is not entirely up to Bednar. The contractual situation adds a layer of complexity. Cole is in the final year of a one-way contract worth $4.25 million. With this in mind, the Avalanche are comfortable retaining his contract because it offers the opportunity to reallocate the expiring money towards Cale Makar’s extension next offseason. Therefore, the idea of moving Cole to free up playing time for Timmins is highly unlikely.

On the other hand, Timmins is on a two-way contract that allows him to play for the AHL affiliate Colorado Eagles without a problem. It leaves Bednar with limited options. If Timmins blows everyone out of the water come training camp, the coaching staff can elect to keep the 22-year-old with the Avalanche and perhaps play with seven defensemen on most nights. It is a strategy that has been used before around the league, yet it isn’t ideal from a development standpoint. Despite being arguably the better defenseman with a higher upside, it is more feasible to have Timmins representing the Eagles at the start of the 2020-21 season.