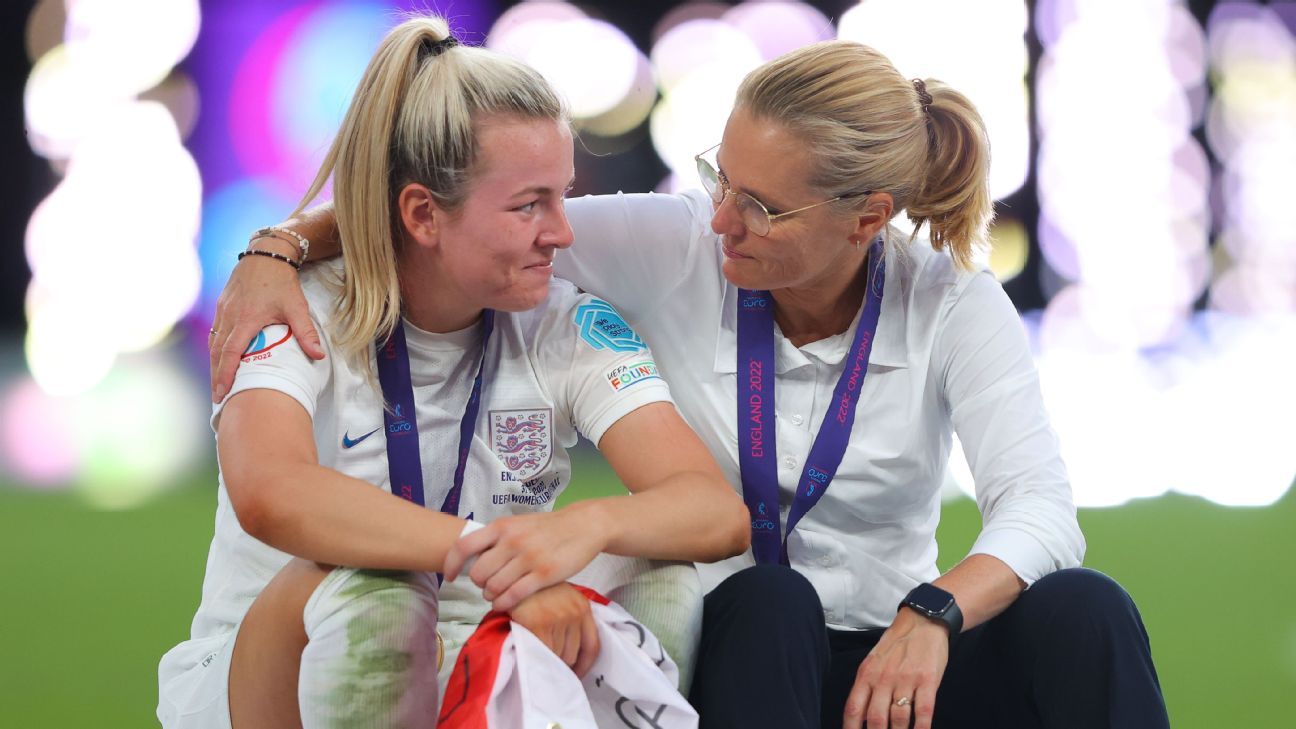 England coach Sarina Wiegman said her side’s 2-1 win over Germany in the Euro 2022 final was about “much more than football.”

Ella Toone scored the opener and Chloe Kelly poked home a dramatic winner either side of Lina Magull’s equaliser for Germany to secure the win after extra time.

A record 87,192 people turned out to watch the match at Wembley — a larger crowd than in any men’s or women’s Euros match to date.

“When you win a European championship, things will change,” Wiegman said of what the win meant for football in England. “We changed the society and that is what we want. That is so much more than football.”

The tournament has consistently broken attendance and viewing figures, making it the most watched women’s Euro tournament ever.

“I don’t think I’ve realised what we’ve done,” Wiegman added. “Over the whole tournament, we have had so much support from our fans and I think we’ve done an incredible job. I’m so proud of the players and the team.

“The development of this game has gone so fast that many countries could win this tournament.”

While the win is still fresh, attention will immediately turn for many to next summer’s World Cup. Wiegman, however, was coy on what she thought England’s chances were and instead chose to focus on what Sunday’s win meant for the country.

“It’s not easy to win this tournament and this is the same in the World Cup,” she said. “The whole country stood behind us in the stadiums, outside the stadiums and we really made a change.

“I think this tournament has done so much for the game but also women and girls in society. In England but also across the world too.”

Wiegman’s opposite number Martina Voss-Tecklenburg echoed those sentiments, with the Germany coach saying she wants women footballers to be recognised “as strong people.”

“We all want to bring sustainability out of this tournament,” Voss-Tecklenburg told a news conference after the match. “We want to find a way in society to see solidarity and see women as strong people because we have a lot of topics that we’ve started discussions.

“We need the support of media, society, politics. We’ve made a statement and we don’t want to be happy with this, we want to continue.”