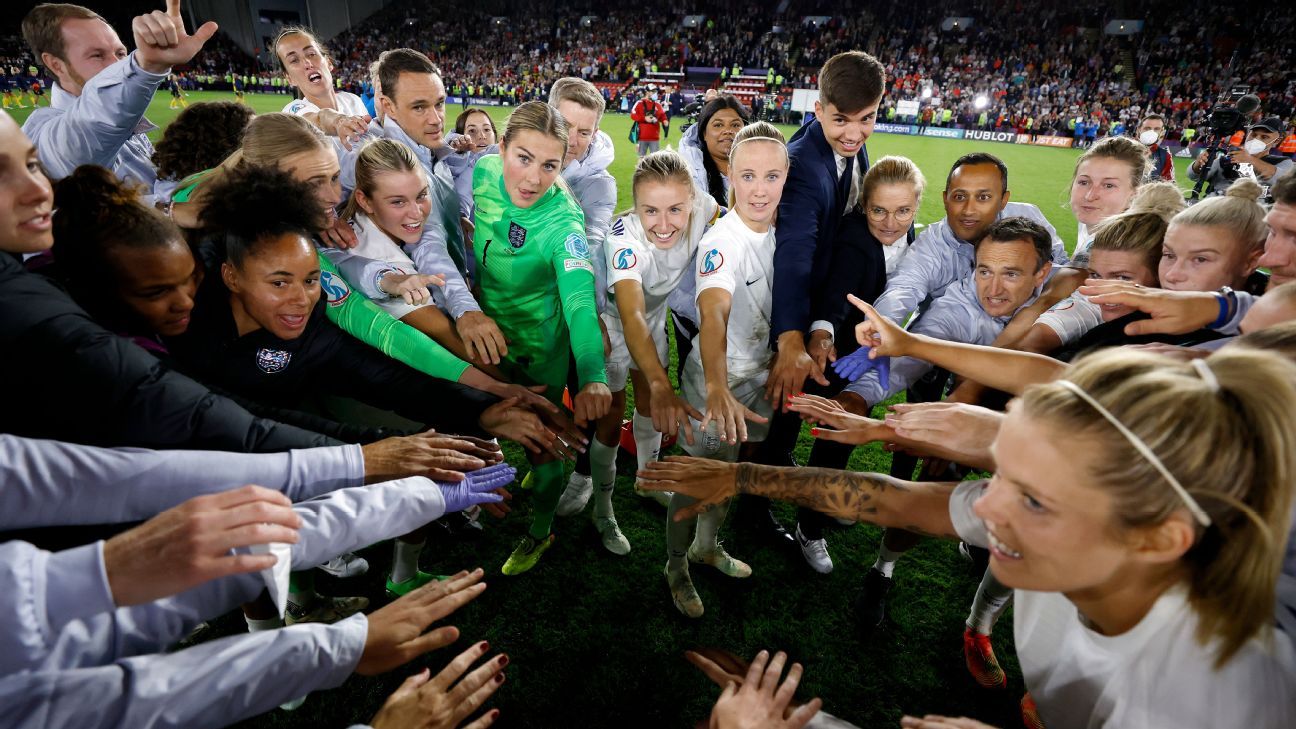 England made a nervy start, but goals from Beth Mead, Lucy Bronze, Alessia Russo and Fran Kirby propelled them to a sensational win in front of a frenzied sell-out crowd at Bramall Lane.

After falling at the semifinal stage in their last three major tournaments, England booked their spot in Sunday’s showpiece at Wembley, their first European Championship final since 2009.

“[The media asked] are you ready to make history? This is history,” Wiegman, who led the Netherlands to the title in 2017, told a news conference. “We want to inspire the nation. I think that’s what we’re doing. We want to make a difference.”

Wiegman was pleased by the manner in which her side triumphed over the top-ranked European team, ending Sweden’s run of being undefeated in 90 minutes for the past 34 games.

“I’m very proud,” she said. “Again, the team found a way. We were struggling a little by the way they played defensively but we did better and better.

“The players on the pitch found solutions. They were so strong on the counter-attack, but when we scored it helped a lot.”

England have gone 19 games unbeaten under Wiegman, who took over in September 2021, and she admitted she was surprised by how well her side have performed.

“When you come in, you hope things go well and that you connect with the staff and the players,” Wiegman said. “From the beginning, there was a click. You can tell. That’s hard work too.

“I don’t take things for granted, but you feel the energy, that people believe in how we work, how we want to play. The results have been really, really good and that’s really nice.”

The hosts entered the break leading 1-0 and went on to score three times in the second half.

Substitute Russo scored arguably the goal of the tournament, netting a back-heel effort which went through the legs of Swedish goalkeeper Hedvig Lindahl.

“You must have so much courage to do something, such an unpredictable and phenomenal thing like that,” Wiegman said of Russo’s goal.

Wiegman, who coached the Netherlands from 2017-21, has now reached the final of three major tournaments in the last five years.

“It’s a little bit incredible really that I can be part of that,” she said. “But of course, the job is not done yet.”