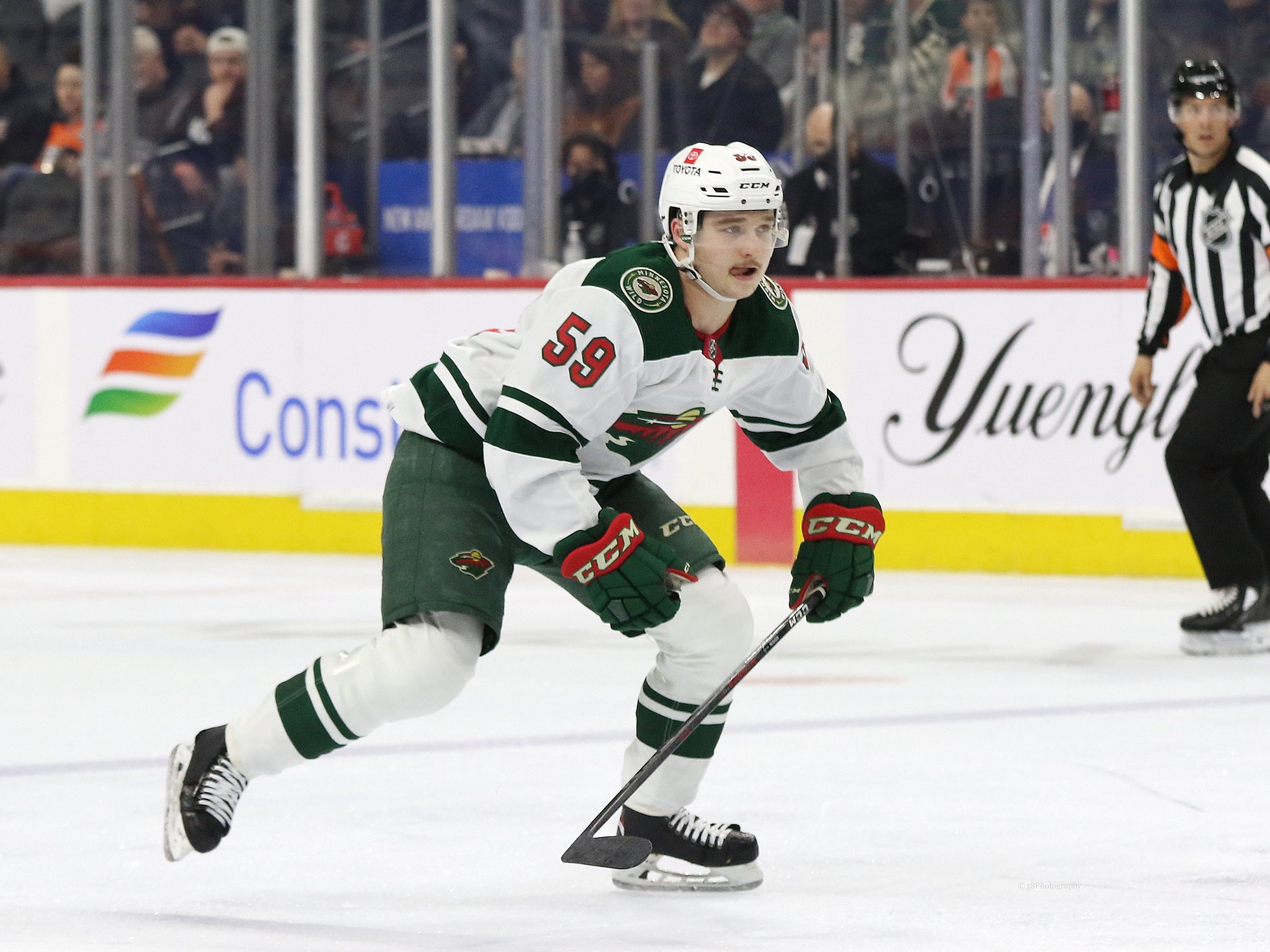 The Minnesota Wild may seem like they have it all figured out roster wise but there are still some minor adjustments they need to make before hitting the ice this coming fall. The main two are finding someone to fill Kevin Fiala’s open spot and figuring out what to do about their too many defensemen issue. The two seem like separate problems but may actually solve each other.

Goaltending would be next on the list but it’s not the main issue they can solve right now. They have to wait until the season starts and see how Filip Gustavsson handles the switch. He’ll more than likely be playing in more games this upcoming season than he has in his career and it’ll be interesting to see how he deals with the added play and pressure. However, the goaltending issue may turn out better than expected and he could become an important part of the Wild franchise.

Wild Have Too Many Defensemen

This may seem like a good thing rather than a bad thing, but when it affects cap space, it’s a bad thing. Currently, the Wild has Jared Spurgeon, Jonas Brodin, Matt Dumba, Jon Merrill, Jacob Middleton, Dmitry Kulikov, and Alex Goligoski. That’s seven defensemen in line for six spots since a team rarely carries seven defensemen in a game unless there’s an injury.

So, the Wild have to decide if they’re going to trade someone or keep all seven names and just rotate on a regular basis. There’s also the factor of Calen Addison who is more than ready to join the NHL roster, many thought he’d earned a spot last season but there wasn’t an open spot. He should be playing up this season but that would put them at eight defensemen.

They do have some options and since nothing has been done yet, it’s obvious that general manager Bill Guerin is taking his time to decide the best possible option. The Wild have been in contract trouble before and Guerin wants to do all he can to avoid that.

Wild Have an Option

The Wild have some options to fix their overpopulated defensive core and that is to make a trade. The problem is who they trade with and who can they get. The main player they’d be looking to move would probably be Dmitry Kulikov, but he has a movement clause in his contract. He has to submit a list of eight teams he wouldn’t be willing to go to and then the Wild could potentially move him.

Kulikov is a decent-level player and they could get a good return for him. He played in 80 games and tallied 24 points. He could be their ticket to either a bottom-six forward that Guerin has been hinting at for a while now or even a top-six if they can find the right fit. With Guerin, it’s all about finding the right player who will fit the team he already has in front of him.

Kulikov’s contract is relatively small with one year left at $2.25 million, and could work with almost any team that has available cap space. The Wild need a player who they could possibly flip to another team at the trade deadline next season, someone who probably won’t stick around long because they have so many prospects that are very close to coming up the ranks.

Wild Have to Do Something

The bottom line is the Wild have to do something; their team isn’t where it needs to be. While Kulikov seems to be the best option for a trade since they have so many defensemen, he’s not the only one who could be moved. It may seem far-fetched but moving Matt Dumba wouldn’t be horrible for the Wild. He has a large contract, but of course, it also includes a movement clause that he would submit a list of 10 teams he would not be traded to.

He’s also had a lot of injury issues that may affect his ability to be traded. He’s still a good defenseman, but with that unknown, some teams don’t want to risk that — especially with such a high contract — unless the Wild would be willing to retain some of the $6 million Dumba was set to make this upcoming season.

Kulikov would be the most likely trade candidate and time is running out. While it seems a long way away from the start of the 2022-23 season, in reality it’s right around the corner. If we’ve learned anything about Guerin in these last few seasons, he’s not afraid to make the hard choices and he knows exactly how he wants to continue to build this team. Hopefully, he makes his moves soon, so things can settle a little before the season gets underway.