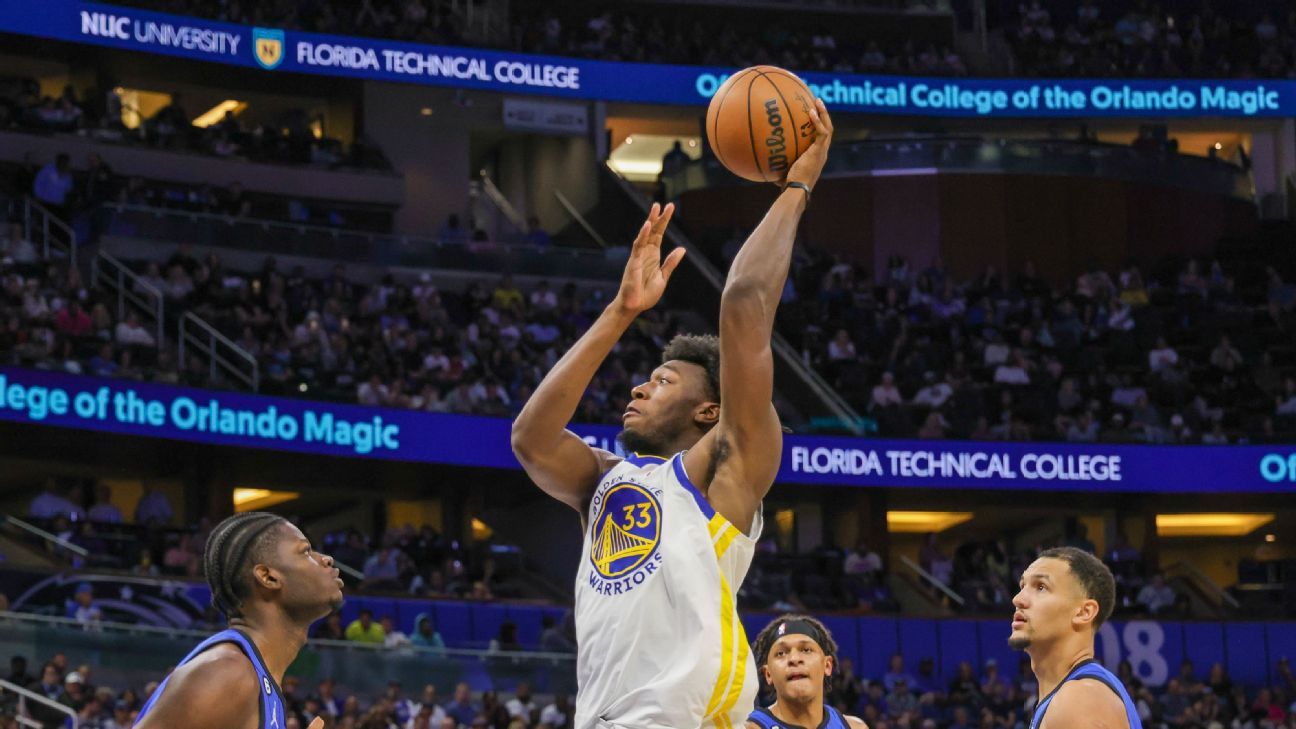 Wiseman’s stint could last up to 10 consecutive days, Kerr said. The team informed Wiseman of this decision on Sunday.

“I don’t look at this as a demotion,” Wiseman told reporters Monday night. “I’m just ready to go out there and hoop.”

Wiseman, the 2020 No. 2 overall pick, has seen himself fall out of Golden State’s rotation and hadn’t played in the Warriors’ three games before Monday’s blowout 130-95 win over the San Antonio Spurs.

Against the Spurs, Wiseman was a minus-6 in eight minutes, finishing with two points, two rebounds and three assists. The Warriors knew not to expect too much from Wiseman on Monday, as he had some rust built up over the last week, but he has been struggling all season long.

Among Warriors players to play 25 minutes this season, Wiseman’s offensive, defensive and net efficiencies — 99.7, 124.1 and minus-24.2 — all rank as last on the team, according to ESPN Stats & Information research.

“He needs reps. He needs to play,” Kerr said. “It’s not easy when you don’t get minutes.”

Monday was only the 50th NBA game of Wiseman’s career through his first three years. He played 27 games during his rookie season in 2020 before being sidelined with a meniscus injury that he suffered in April. Multiple setbacks from that injury kept him out all of last season, with the exception of three G League games in which he averaged 17 points, nine rebounds and one assist.

During Summer League, Wiseman played in four games and averaged 10.5 points and 5.5 rebounds in just under 20 minutes per game.

The Warriors have a successful track record of sending players to the G League before recalling them. Jordan Poole, who against the Spurs broke out for 36 points on 13-of-20 shooting, including 5-of-10 from 3, is the latest example.

During Poole’s sophomore season in 2020-21, he spent 11 games with Santa Cruz, including a stint in the G League bubble, where he averaged 22.4 points in 33.5 minutes. In his next season with the Warriors, Poole averaged 18.5 points per game and started in place of Klay Thompson before Thompson’s return.

“I’m telling (Wiseman) this is not a demotion. This is not a punishment,” Poole said. “… I’m telling him to go down there and take 50 shots, be aggressive, get techs, hang on the rim, do it all. Just so he can understand what he wants to be at the highest level. This is just a step in that direction.”

The Santa Cruz Warriors play their next game on Sunday against the South Bay Lakers.