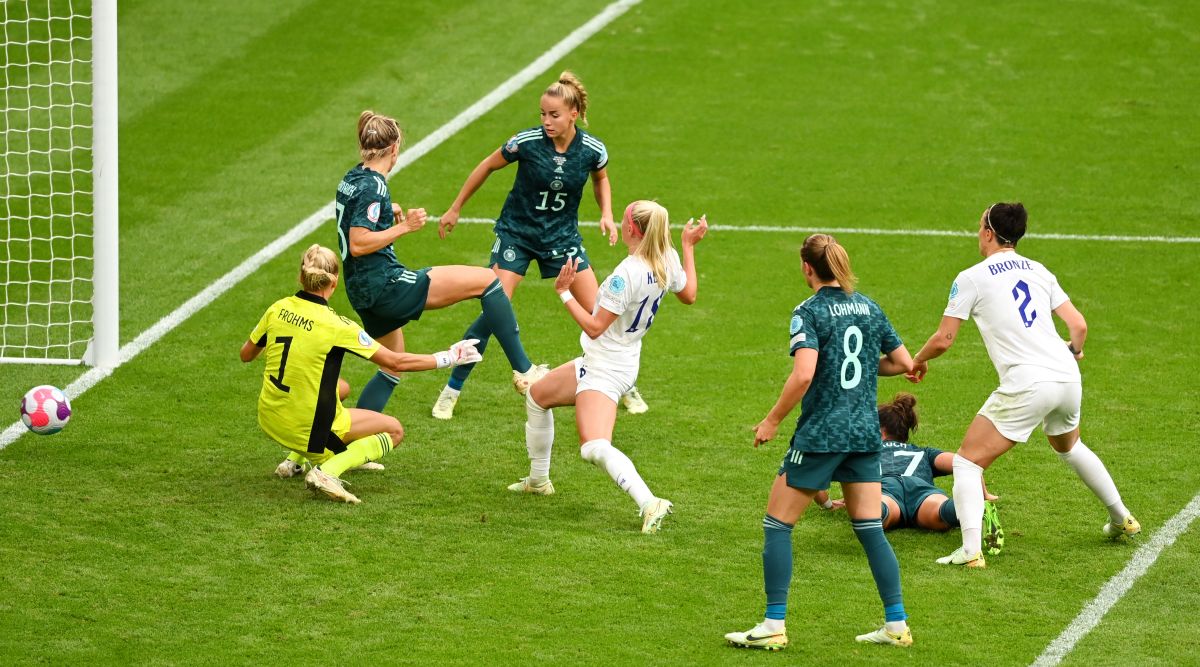 Yes, that really happened. And two more players have added themselves to a very prestigious list.

And that means the list of England scorers in major tournament finals is in need of updating. Let’s run through the lot…

Women’s Euro 2022: Every player to score for England in a major tournament final

Still the only man to score a hat-trick in a World Cup final, the legendary Geoff Hurst instantly and indelibly etched his name into English footballing history by inspiring the Three Lions to their finest hour 56 years ago. Did that third goal in the iconic 4-2 victory over West Germany at Wembley cross the line? Who cares?

Martin Peters had England dreaming before West Ham teammate Hurst’s extra-time heroics. With 12 minutes of normal time left, the midfielder completed a turnaround to put Alf Ramsey’s side 2-1 up (only for Wolfgang Weber to equalise 11 minutes later, leaving Hurst to finish the job in extra time).

Going into the second leg of their first-ever major final, England’s women trailed Sweden 1-0. Linda Curl took the tie to penalties with her first-half strike at Luton’s Kenileworth Road – only to go and miss in the shootout as the Swedes won 4-3 on spot-kicks.

The Euro 2009 final was one to forget for England’s women as they ended up on the wrong end of a 6-2 drubbing by Germany. That said, they did twice get back to within a goal of the Germans, firstly through Karen Carney’s tap-in from close range.

Two minutes after Carney had given England hope, Germany restored their lead. All-time Lionesses great Kelly Smith briefly clawed the Lionesses back into the contest again, though, with a smart finish assisted by Carney.

Football so nearly came home at Euro 2020, making it closer than it ever has since 1966 – and Gareth Southgate’s England could hardly have got off to a better start against Italy.

Luke Shaw sent a not-quite-capacity Wembley crowd (boo, COVID) into raptures – and pints up and down the country into the air – as he met Kieran Trippier’s cross to bag the quickest goal in Euros final history just 116 seconds in.

England’s women scored a string of special goals at Euro 2022 – and Ella Toone saved her entry for the biggest stage of, the final at a packed-out Wembley as the Lionesses beat Germany 2-1 to lift their maiden major trophy.

Latching onto Keira Walsh’s defence-bamboozling through ball, Toone could have taken the option of a cool low finish – but why do that when you can just chip the goalkeeper instead?

We’re going to go out on a limb here and say that there’s not much better time to score your first international goal than in the final of a major tournament – especially when that goal is an extra-time winner to seal glory on home turf.

Toone’s goal may have been more spectacular, but Chloe Kelly’s clincher – finishing off a scramble from a corner – was more momentous. Football had finally come home.