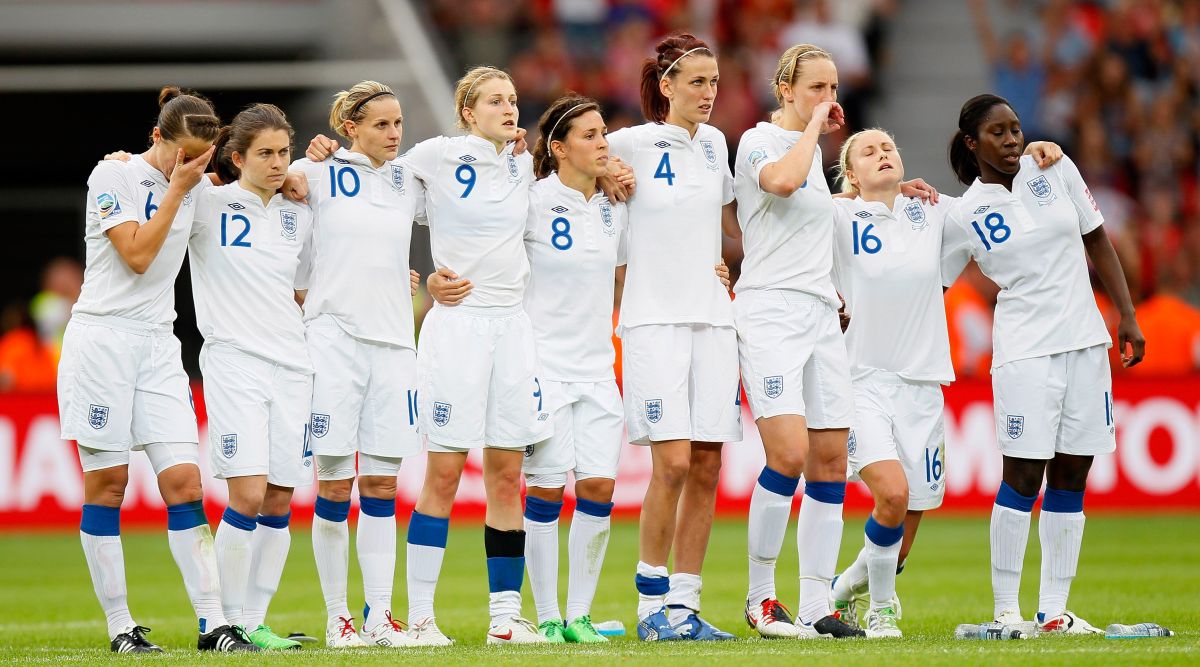 England take on Germany at Wembley in the final of Women’s Euro 2022 this evening – and, as we know all too well, with any final comes the possibility of the dreaded penalty shootout.

Here, we take a look at how the Lionesses have fared in the fate-deciding lottery at previous major tournaments.

A tournament with a long-winded name (as fewer than half of UEFA’s members at the time took part, it couldn’t be granted official status) came to a strung-out end for England, who suffered heartbreak at the hands of Sweden.

Having levelled the two-legged final at 1-1 thanks to Linda Curl’s first-half strike at Kenilworth Road, it all came down to spot-kicks (there was no extra time) to crown the inaugural women’s European champions.

But Curl couldn’t find the net again when it mattered most, missing the opening penalty of a shootout which the Swedes went on to win 4-3.

Twenty-seven years later, England took part in their second major tournament shootout – and they were left feeling déjà vu against the French.

In the 88th minute of normal time Élise Bussaglia cancelled out Jill Scott’s opener, forcing an extra 30 minutes at Leverkusen’s BayArena – during which the score remained unchanged.

The shootout got off to the perfect start for the Lionesses, with Karen Bardsley saving Camille Abily’s opening penalty before Kelly Smith, Karen Carney and Casey Stoney all tucked theirs away.

But back-to-back misses from Claire Rafferty and Faye White ultimately proved decisive as Hope Powell’s side were sent packing in the last eight for the second World Cup running.