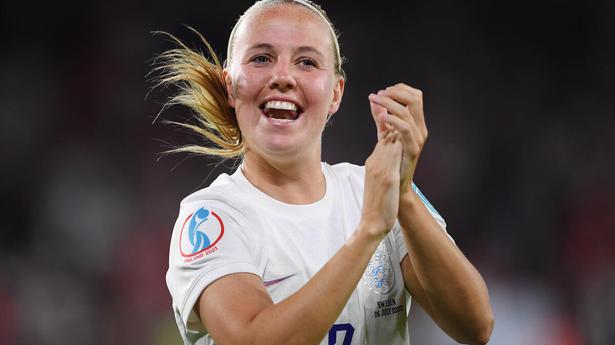 Welcome to Sportstar’s live blog of the Women’s Euros 2022 final between England and Germany at the Wembley Stadium, London.. Pranay Rajiv will be bringing you all the pre-match buildup and live updates from the final.

Germany and England played against each other in a Women’s Euros final 13 years ago. The German side walked all over their English counterparts with a 6-2 thrashing on the way to claim its seventh Continental title. It would go on to add one more Euro to its showcase.

But now, when both these sides meet, the gap has bridged beyond recognition. In fact, when the tournament has began, Germany was not even ranked close to England in the rank lists of favourites. The German machine, led by skipper Alexandra Popp, though has rumbled into action and motored its way into yet another Euro final in a tournament they have never lost the climatic battle.

England manager Sarina Wiegman has fulfilled her goal of using Euro 2022 to fuel the nation’s passion for women’s football and victory in Sunday’s final against Germany  would consummate the burgeoning love affair.

A tournament that has smashed attendance records will get a fitting finale with a crowd of 87,000 expected at Wembley to set a new high for a final at a European Championship in either the men’s or women’s game.

Anticipation is reaching fever pitch in England as the Lionesses look to end their wait to win a first major tournament.

Wiegman’s team are unbeaten in 19 games since the Dutch coach, who led the Netherlands to Euro glory on home soil five years ago, took charge in September.

On top of a sold-out Wembley, a crowd of 7,000 is set to congregate to watch the final on big screens in London’s Trafalgar Square.

General view inside the Wembley stadium before the start of the match.
| Photo Credit: REUTERS/Dylan Martinez

There have even been calls from leading politicians for a national holiday “day of celebration” should a 56-year wait for either England’s men or women to win a major football tournament come to an end at the weekend.

Such support for the sport shows how far women’s football in England has come since it was banned by the Football Association for nearly 50 years until 1970.

England’s presence as a force in the women’s game has long been on the cards. The Lionesses faltered at the semi-final stage in each of the last three major tournaments.

At club level, the riches of the men’s Premier League have allowed the big clubs to invest heavily in turning the Women’s Super League into a destination for the world’s best players.

“For English women’s football this is a great moment. It’s not only a month’s work, this is years and years of work, investment, passion and commitment,” said Arsenal women’s Swedish manager Jonas Eidevall.

Fittingly it is Germany, the European nation that for so long led the drive in professionalism and standards for women’s football that stand in the way of England’s history bid.

Germany have never lost in any of their previous eight finals at the Euro, including a 6-2 thrashing of England in the 2009 final.

“It’s a classic game,” said Germany boss Martina Voss-Tecklenburg. “It will be an incredible final.”

The hope for many is that the impact lasts long after the final whistle under the Wembley Arch.

Former Arsenal and England striker Ian Wright called on the authorities to seize the momentum of goodwill around the game to ensure girls have just as much access to football as boys in schools.

The return of a European Championship final to the home of English football just 13 months after the climax to Euro 2020 was marred by chaotic scenes and violence as supporters stormed the turnstiles also offers women’s football the chance to show how its culture differs from the men’s game.

“You can see the audience is children and happy people,” said Sweden manager Peter Gerhardsson in the aftermath of his side’s semi-final defeat.

Wiegman got her wish for a nation to be hooked. Now they are waiting for one more win.

WHERE WILL BE THE FINAL BE HELD:

The Women’s Euro summit clash between England and Germany will be played at the Wembley Stadium in London.

WHEN WILL THE WOMEN’S EURO FINAL BEGIN?

The Women’s Euro final between England and Germany will begin at 9:30PM IST.

The Women’s Euro 2022 final between England and Germany will be telecast on the Sony Sports Network. The match will also be streamed live on the Sony LIV app.