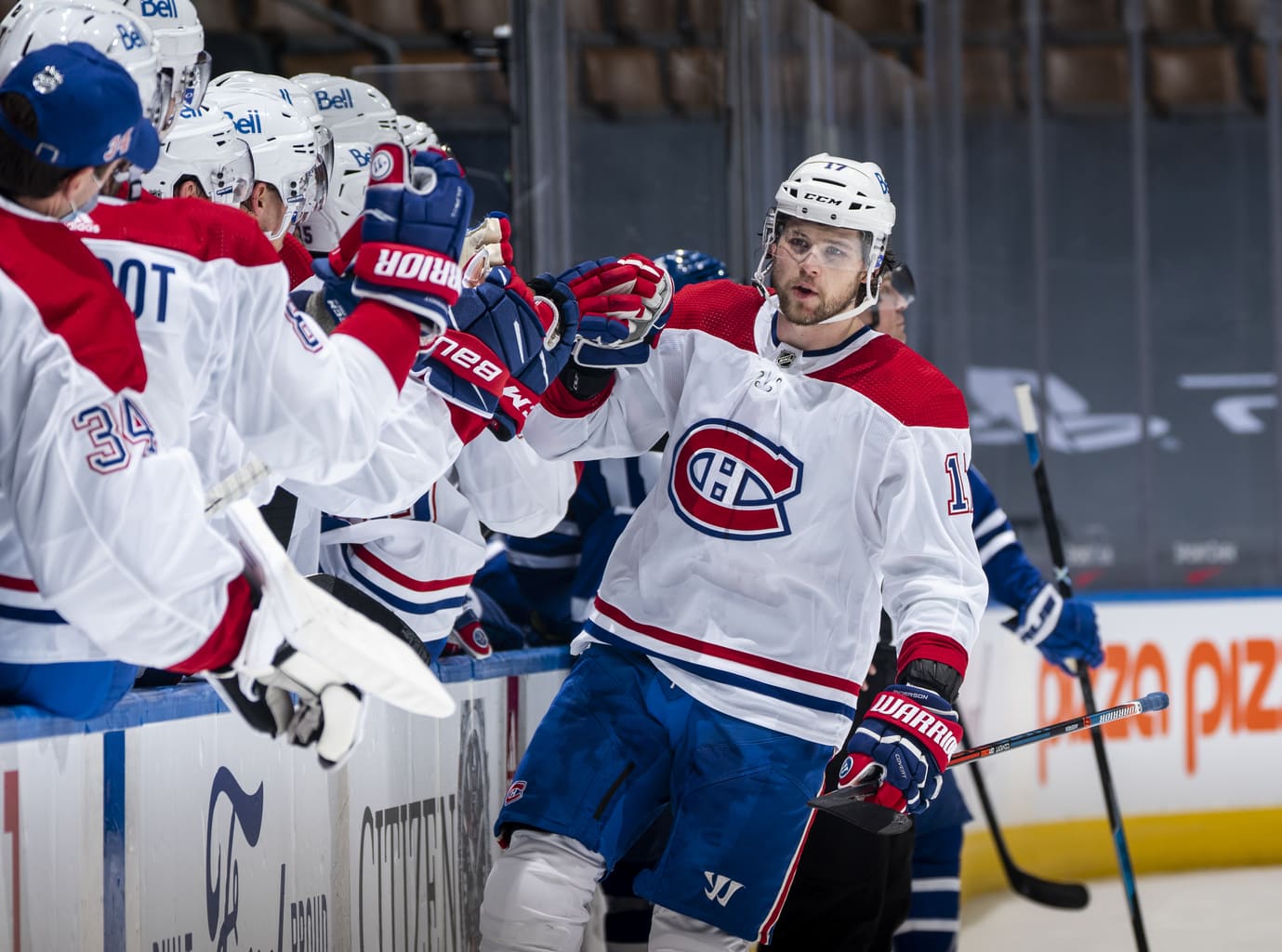 If you were to ask any Toronto Maple Leafs’ fan what they want the most, of course, the answer would be for the Maple Leafs to win a Stanley Cup. To have a chance to do that, they’d have to at least win a playoff round, something they have not done since 2004.

If you were to then poll those same fans and ask them what they think is most lacking on the Maple Leafs, there would probably be a number of different answers. Those answers would include better goaltending and a stronger defense.  Another would be the ability to play more of a playoff brand of hockey. That physical, in-your-face type of game becomes more prevalent in the postseason.

The Maple Leafs Don’t Lack Physicality, But Do They Have Enough?

We aren’t convinced the Maple Leafs lacked physicality in their seven-game loss to the Tampa Bay Lightning this season. They registered a total of 213 hits in the series, an average of 30 per game. Auston Matthews led the team with 32 hits, followed by Ilya Lyubushkin with 28, and Jake Muzzin with 25. Six other players averaged at least two hits per game.

That is where Josh Anderson could step in. Anderson could be capable of playing a top-six role, providing that physicality, and contributing offensively.

The Canadiens Are Listening to Trade Calls for Anderson

Blaine Potvin of The Hockey Writers recently wrote that the Montreal Canadiens would benefit from an Anderson trade.  In the article, he wrote that the Canadiens appear to be headed for a rebuild and that Anderson, at the age of 28, might not be capable of playing the type of game he does now by the time the Canadiens are competitive again. On top of that, despite being in rebuild mode, the Canadiens are still tight to the cap and need to clear out cap space. Anderson still has five seasons remaining on a seven-year $5.5 million deal he signed with Montreal in October of 2020.

That brings us to ask two questions: (a) Would Anderson would be a good fit with the Maple Leafs? and (b) Could they squeeze him under the cap?

There is no question that Anderson brings a ton of physicality with him. He is listed at 6-foot-4 and tips the scales at about 225 pounds. He’s registered over 1,000 hits in 430 regular season and playoff games. He can also score. In his last six seasons, he has scored at least 17 goals per season, with the exception of the 2019-20 season where he only played 26 games due to a serious shoulder injury. In the 2018-19 season, Anderson scored 27 goals for the Columbus Blue Jackets.

We could see Anderson becoming the Maple Leafs’ version of the Washington Capitals’ Tom Wilson. Ideally, he could slide right in alongside Auston Matthews and Mitch Marner, making that line a punishing line along with everything else they can do. Another asset Anderson has is that, for a big man, he can skate.

Related: Likeliest Canadiens to Be Dealt for Cap Space After Weber Trade

We can’t see Anderson having an issue keeping up. Both Matthews and Marner upped their physical play this season. Anderson could be a formidable addition to that line. Bringing in Anderson would allow Sheldon Keefe to drop Michael Bunting down to play alongside John Tavares and William Nylander, giving that line the tenacious checker and hard-working forward it has been lacking.

On the downside is the contract Anderson brings with him and the fact he’ll be 33 years old by the time it’s completed.  First, the Maple Leafs would have to find a way to fit Anderson’s $5.5 million under the cap this coming season. They could do that by dealing both Alex Kerfoot and Justin Holl, which would clear exactly $5.5 million from their payroll. We can’t see Montreal being interested in either of those players. They would have to be dealt in a separate transaction elsewhere.

Then there’s the question of how long Anderson would be effective? With the type of game he plays, he might only have two or three seasons where he can at the same level he does now. Anderson also has a full no-trade clause which can make it difficult to trade him if his play does deteriorate.

What Would It Take to Get Anderson to the Maple Leafs’ Roster?

The last part of this deal, and the most important part as far as the Canadiens are concerned, is what would it cost the Maple Leafs to acquire Anderson? With Montreal being in rebuild mode, we could see the deal having to include good young players, draft picks, and/or prospects. We could see their ask including one of the Maple Leafs’ talented young defensemen in Timothy Liljegren or Rasmus Sandin. We could also see them wanting a first-round pick, along with a Matthews Knies, Nick Robertson, or Topi Niemela.

There would definitely be some big pros and cons to this deal. As much as Brendan Shanahan talks about wanting to be a Stanley Cup contender for several seasons, there comes a time when you must choose between the future and the present. The Maple Leafs are quickly running out of the “Now,” and their window of opportunity to win with this core might be sliding shut.

In the case of Anderson, would he bring the Maple Leafs closer to being a contender? Would the positives of acquiring him outweigh the negatives?