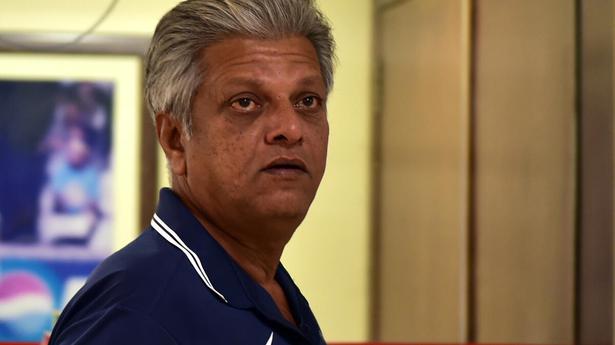 Former India women’s cricket team coach WV Raman is set to take charge as the batting consultant for the Bengal senior men’s team for the upcoming domestic season, while Laxmi Ratan Shukla will be the coach.

After a long meeting in Kolkata on Monday, the Cricket Association of Bengal (CAB) sources told  Sportstar that while Raman will take over as the batting consultant, Saurasish Lahiri is likely to be appointed as the U-23 coach. Former Bengal speedster Shib Shankar Paul will continue as the bowling coach for now.

A formal announcement is expected on Tuesday.

Under coach Arun Lal, Bengal finished as the runner-up in Ranji Trophy in the 2019-20 season and reached the semifinal this year before going down to Madhya Pradesh. But citing ‘fatigue’ Lal decided not to continue as the coach this time around, forcing the CAB to look for new candidates.

This is a new challenge for former India international Shukla, who was the coach of the Bengal U-23 side until last season.

Shukla has played three ODIs for India and after retiring in 2015, he entered politics and was a minister of state, youth affairs and sports, until January last year.
| Photo Credit: THE HINDU

A domestic cricket stalwart for Bengal, Shukla has played three ODIs for India and after retiring in 2015, he entered politics and was a minister of state, youth affairs and sports, until January last year. Many in the cricket fraternity believe that the Shukla-Raman partnership will help Bengal cricket immensely as the two go back a long way.

“Both Shukla and Raman share a good rapport and have worked together in the past for Bengal team and in the IPL, so that chemistry will help the team in the longer run,” a source said.

Raman was the head coach of the India women’s cricket team until last year and in his tenure, the side reached the final of the T20 World Cup in Australia before going down to the host in the summit clash in 2020. Despite enjoying success, Raman’s contract was not extended and Ramesh Powar was chosen as the coach.

Raman is currently busy with his commentary stint.