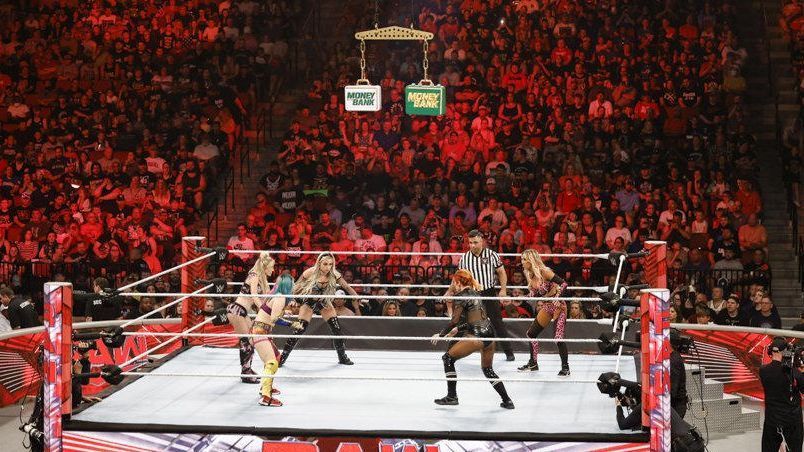 On Saturday night in Las Vegas, the careers of two WWE superstars will change at Money in the Bank.

WWE’s signature ladder match event takes place at the MGM Grand Garden Arena in Las Vegas and features two MITB matches, one for the women’s division and the other for the men’s. The winner of each event will be locked into a world title shot of their choosing at any time they wish to cash in.

Also on the line are both women’s singles championships with Bianca Belair defending the Raw title against a late replacement in Carmella, who stepped in after Rhea Ripley wasn’t medically cleared, and Natalya challenging Ronda Rousey for her SmackDown belt.

On the men’s side, the undisputed tag team champions will put both brand belts on the line as The Usos face The Street Profits, and Theory looks to retain his gold against Bobby Lashley.

Follow along as Mike Coppinger recaps all the action as it happens.

Men’s Money in the Bank ladder match: Seth Rollins vs. Drew McIntyre vs. Sheamus vs. Omos vs. Sami Zayn vs. Riddle vs. Madcap Moss

Women’s Money in the Bank ladder match: Lacey Evans vs. Alexa Bliss vs. Liv Morgan vs. Raquel Rodriguez vs. Asuka vs. Shotzi vs. Becky Lynch