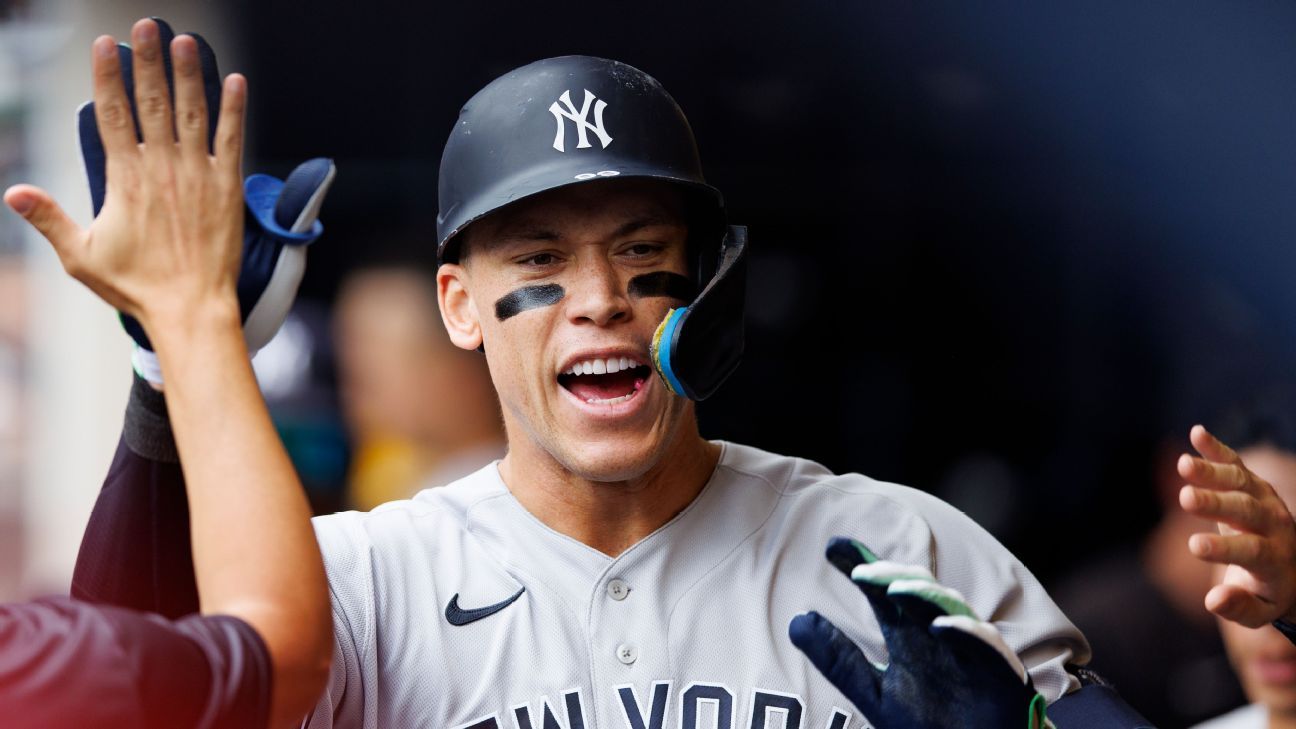 NEW YORK — When it comes to Aaron Judge and his future with the New York Yankees, mum is the word.

General manager Brian Cashman declined to comment Friday on whether he has been in contract with Judge’s representatives on a new deal. Cashman, however, did not tiptoe around the importance of Judge to the organization’s plans for this offseason and beyond.

“When you make these commitments on players, you know he’s a fan favorite,” Cashman said during a news conference at Yankee Stadium on Friday. “He interacts with our fans extremely well. He’s respected within that clubhouse, handles his business as good as you possibly can. He’s an elite performer — among the game’s best, if not the best player. With all that being said, those are the types of players you want to retain and have as long as you possibly can.”

Cashman said owner Hal Steinbrenner will spend time gauging the market for Judge this offseason to get a sense for what kind of commitment the team will be willing to make moving forward. The fact that Judge is a player who brings fans to the ballpark will play a role in how much money the Yankees would be willing to commit to a long-term contract.

“As George Steinbrenner said, he puts fannies in the seats,” Cashman said. “People want to go watch that guy play, and you want to put great teams on the field that they want to come here to watch compete and win. Certain individual players transcend the team and everything stops when they’re at the bat or they have the ball in their hand. He’s one of those types of talents.”

Whether or not Judge returns to New York will shape the trajectory of the Yankees’ offseason. Because signing Judge would represent the biggest expense for the team, the front office is making contingency plans based on whether it can sign the star slugger and how it would proceed this offseason if it can’t.

“[Judge is] going to dictate the dance steps to his free agency and he has worked extremely hard to earn this position, so we’ll see how this plays out,” Cashman said. “It can tie you up a little bit along the way, but he’s not the only guy that we’re needing to deal with. He’s the most important, but if he came in here today and said, ‘Oh, man, I’m signing up, let’s go,’ there’s still a lot of work to be done.”

Check out all our latest coverage and favorite stories from the slugger’s historic season.

Where this season ranks all-time »

Yankees manager Aaron Boone said he had a conversation with Judge in his office at the end of the season and expressed his appreciation for their relationship and how it has grown over the years.

“Of course I hope he’s back and a Yankee forever,” Boone said. “I can’t think of a better guy that you want to be leading your team and leading your organization, and hopefully that all works out. But my conversations with him now are just communicating with him through the winter and hoping that it works out. But, obviously, that’s above me.”

While Steinbrenner committed to Boone returning as manager, questions surround Cashman’s future with the organization. Cashman’s contract expired at the end of October and he remains an at-will employee of the team. He continues to hold planning meetings with the rest of the front office, and said he was told by Steinbrenner that there is interest in keeping him with the team.

Though his future is up in the air, Cashman remains focused on shaping the Yankees’ plans to be a better team for 2023 and win the World Series — with or without Judge.

“We got a lot of other ones we need to deal with to put ourselves in a better position to navigate not just the Astros, but every other up-and-comer that’s pushing their way into the mix to represent the American League in the World Series next year,” Cashman said. “We obviously want that to be us, but that’s something we haven’t been able to push through.

“Regardless of the acknowledgement that Aaron Judge is such an important piece here, he’s one of many that we hope to accomplish in different forms and fashions.”